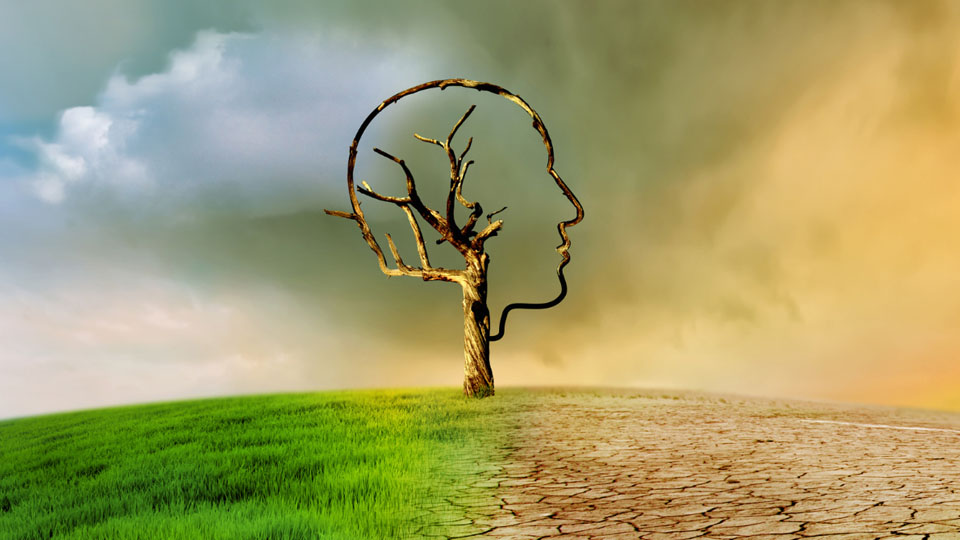 The story is that a man used to walk up and down London’s glamorous Oxford Street with a placard proclaiming “the end is nigh.”  The idea was to encourage people to repent their sins and prepare for the imminent apocalypse. What was only a spiritual note of caution then has now acquired real-life validity, thanks to the Coronavirus.  An Australian think-tank has predicted that human civilisation as we know it will come to an end in 2050.  The end is indeed nigh.

The reason the Australians cited for the catastrophe was climate change, described as the greatest threat to humanity.  The upheavals caused by climate change, warned the scientists, could take humanity to “an increasingly chaotic world which would overwhelm societies around the globe.” The threat raised by the invisible virus appeared to be a new apocalypse. Actually both are the same.

All past civilisations ended because of climate change. Survival or extinction of life was related to the ice age, the freezing of oceans, the warming of oceans, the rise in sea levels. The phenomenon was visible in India in recent times, too. Unprecedented droughts caused by climate change triggered migration in parts of India last summer.  In Tamil Nadu, a BJP leader poured water over a plastic globe as his followers chanted slokas to please the Rain God.  Unfortunately, the Rain God did not seem supportive of the party.

It is interesting that all religions see the world ending under a deluge of water, ‘Pralaya.’ Biblical and Babylonian legends have the Great Deluge as their central theme. So have Tibetan, Sumatran, Mayan and African traditions. They all have one person surviving to keep the cycle of creation going. In India, it will be Vaivasvat Manu who will appear to continue the human legacy. In the Biblical version, it is Noah.

In the Indian tradition, cyclical destruction of the world must occur at the end of the ‘Chatur Yuga.’  We are at some kind of a trigger point now.  This year, 2020, as many as 21 cities in India will run out of ground water. These include Delhi, Chennai, Hyderabad and Bengaluru. By 2030, upto 40 percent of India’s population will have no drinking water according to an India Spend estimate.

Not that ‘Pralaya’ is the only way that civilisation can die. There are theories that the end will come in a fire that devours the whole universe.  Other theories include nuclear war and a meteor crashing into earth and turning it into smithereens. But the Deluge remains a prominent fixture, some theories predicting that it could be triggered by an earthquake or by multiple tsunamis caused by global warming.

The nuclear war theory has lost its charm. Such a war can of course wipe out what we see as civilisation, but the war-mongers themselves will be wiped out in the process. That reality has acted as a deterrent.  It was a fashion in the white man’s world to see desperadoes like Saddam Hussain and Muammer Gaddafi as starting nuclear wars. But it was a desperado named George Bush who came close to it, falsely claiming that Iraq was hiding weapons of mass destruction. As everyone knows, George Bush’s follies wrought such havoc that Iraq is still a smouldering cauldron, more than one generation of its citizenry lost in the netherworld of hopelessness.

The world can be virtually destroyed without nuclear blasts. Look at the way Nature has gone crazy. We were all told that India was being destroyed by drought: Soil drying up, rivers disappearing, poor people migrating to safer areas. Then suddenly the monsoon staged a delayed entrance.  But it was accompanied by the eccentricity of drought conditions growing even in areas that got suddenly flooded. Has Nature become vengeful?

READ ALSO  Vote for the future of India

Let’s not ignore the forgotten messages of history. Literature of the Tamil Sangam period refers to a sunken country stretching from Kanyakumari to Australia.  What made it disappear into the sea?  Uncontrolled exploitation?  Bartruhari’s poem is clear.  “A hundred years complete our span / And half of that is passed in night / childhood and old age devour the half / of what belongs to light.” All that we are left with is half of half. And what do we do with that?  Bartruhari answers: “The rest is torn with parting pangs of ceaseless toil / what profit is our human life unstable as a wave.” If we still don’t get the message, we should go back to ‘Bhagavad Gita’ and listen to Krishna saying: “Time, I am, the Destroyer of All.”