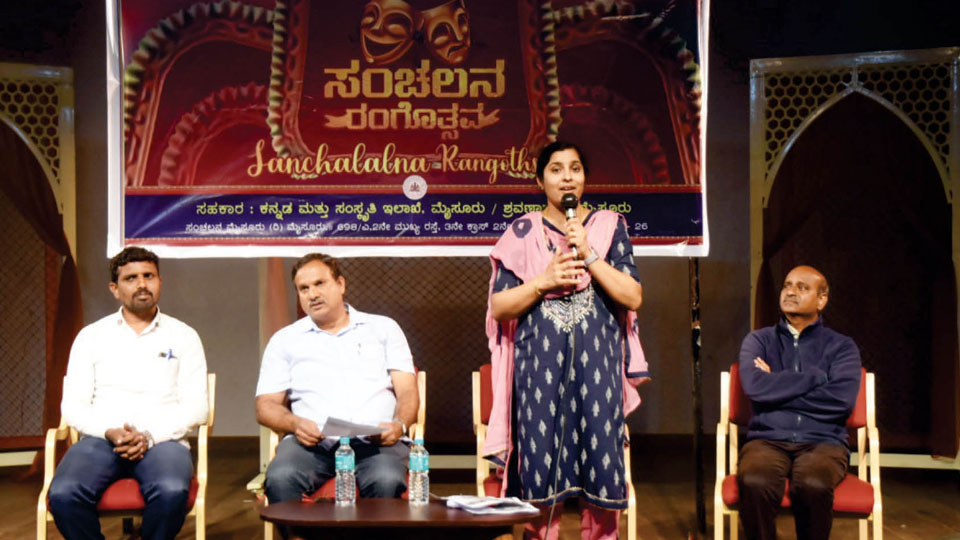 Mysore/Mysuru: “If there is one field which gives a new lease of life even to prisoners, it is theatre (Rangabhoomi),” opined Mysuru Central Jail Chief Superintendent Divyashri.

Observing that she has acquaintance with theatre since she was coordinating the training programme in acting for prisoners and also involved in a drama staged by the convicts, she said that though there are criminals in jails we must not forget that they also have good hearts. “There are many prisoners who have interest in acting and there are also examples of involving in theatre activities actively after their release from jail. Dramas have influenced the lives of many prisoners and have seen changes in their lives,” she added.