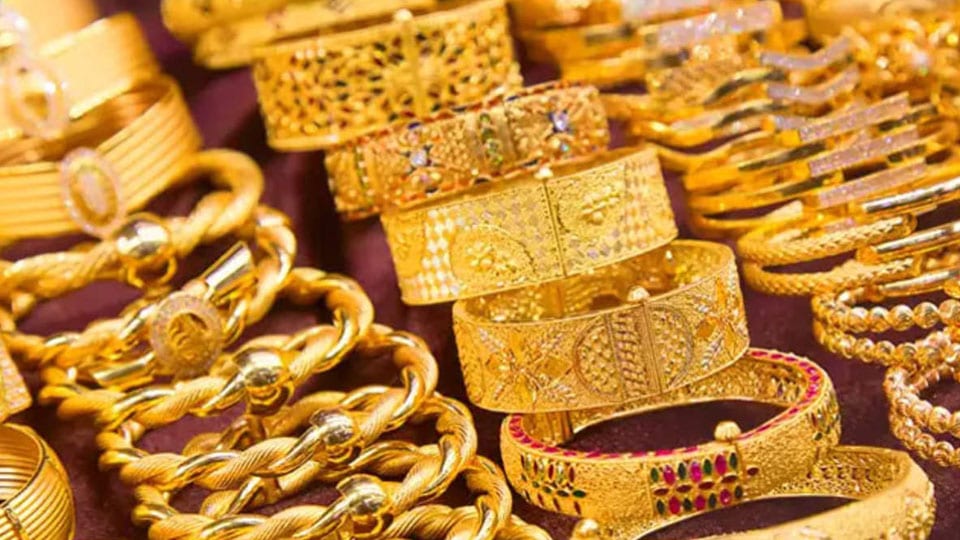 Hunsur: An elderly lady has been conned by another woman, who fled with the elderly lady’s original gold jewellery and cash after handing fake jewellery to her. The incident took place at the empty ground in front of M.S. Function Hall in the town on May 12.

The elderly lady, who was cheated, has been identified as 65-year-old Susheelamma, a resident of Tippalapura in the taluk.

As Doddamma festival was scheduled to take place in the village on May 13, Susheelamma, on May 12, had come to Hunsur town to purchase various items for the festival. While Susheelamma was proceeding on Bazaar Street, a woman, who came from the opposite side, asked her for directions to a hospital. Susheelamma, took the woman along with her to a distance and told the woman to proceed further till she gets the hospital.

The elderly lady then accompanied the woman and when they came near the empty grounds near the function hall, the woman told Susheelamma to sit under a tree there and showed Susheelamma her gold chain stating that the gold chain would cost about Rs. 2-3 lakh.

The woman then told the elderly lady that her sister was sick and she had to get her sister diagnosed at a hospital for which she was in need of urgent money. She told Susheelamma to keep the gold chain and give her money. Meanwhile, a man who was passing by came to them, saw the gold chain and confirmed that it was genuine. He told the woman that he would give Rs. 10,000 for it but the woman declined his offer following which the man left from the spot.

READ ALSO  15 Bengaluru returnees denied entry to village in Mysuru; made to stand on road

Hunsur Town Police, who have registered a case in this regard, are investigating.