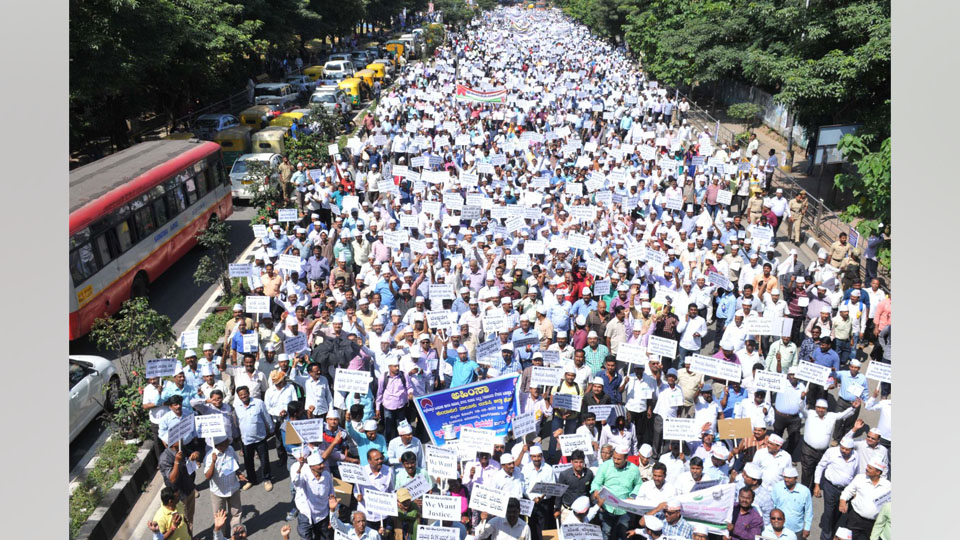 Holding placards and banners, protesters marched through the streets of Bengaluru, bringing traffic to a grinding halt.

Employees from 64 departments in the State Government offices from Mysuru, Mandya, Chamarajanagar, Hassan, Kodagu and other districts participated. The rally began from Freedom Park and reached the Tripuravasini Gate of Palace Ground where a demonstration was held.  According to protesters, Supreme Court has struck down the consequential seniority in job promotion for SC/ ST communities. The SC’s Feb.9, 2017 order has brought relief to 82 percent of Government employees who are awaiting promotion for long. But the State Government is hesitant to implement the SC order.

AHIMSA
Doctors and the KPME Act: A sick law sans sense – 1
Amidst bandh, Tipu Jayanti in Kodagu was over in 20 minutes