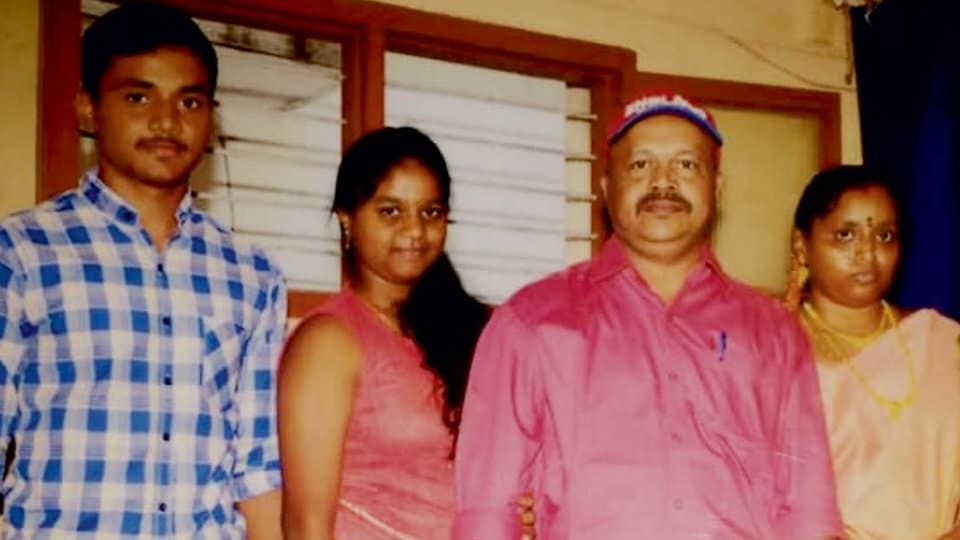 Mysuru: In a ghastly road accident, three members of a family were killed and another member sustained serious injuries when the car they were travelling collided head-on with a private bus near Varakodu Paper Mill near Varakodu Gate on Mysuru-T. Narasipur Road in Varuna Police Station limits on Friday.

The deceased have been identified as Mohan (51), his wife Uma (45) and son Prajwal (22), residents of Nagarabhavi (Moodalapalya) in Bengaluru, while the deceased couple’s daughter Pratheeksha is undergoing treatment at a city hospital.

The family had come to Duddagere in Mysuru taluk in a Maruti Swift car (KA-01 MC-3629) on Thursday night itself to take part in a house-warming ceremony scheduled for Friday.

After attending the ceremony, the family left in their car to Madikeri on Friday afternoon. The family was on way on Mysuru-T. Narasipur Road, when the car crashed into an oncoming private bus, while trying to overtake another vehicle moving ahead of it at a curved stretch of the road near the Paper Mill.

Due to the impact of the collision, Mohan, Uma and Prajwal died at the spot, while Pratheeksha sustained grievous injuries. Pratheeksha was shifted in an ambulance that came by, to a private hospital in the city, where she is said to be out of danger.

The impact of the collision was such that the bodies had to be extricated by cutting open the metal of the highly mangled remains of the car, which was reportedly being driven  by Prajwal. The accident is said to have occurred as the car driver failed to notice the curved stretch from a distance.

SP C.B. Ryshyanth, ASPs Kshama Mishra and P.V. Sneha and other Police personnel visited the spot. The jurisdictional Varuna Police have registered a case in this regard.