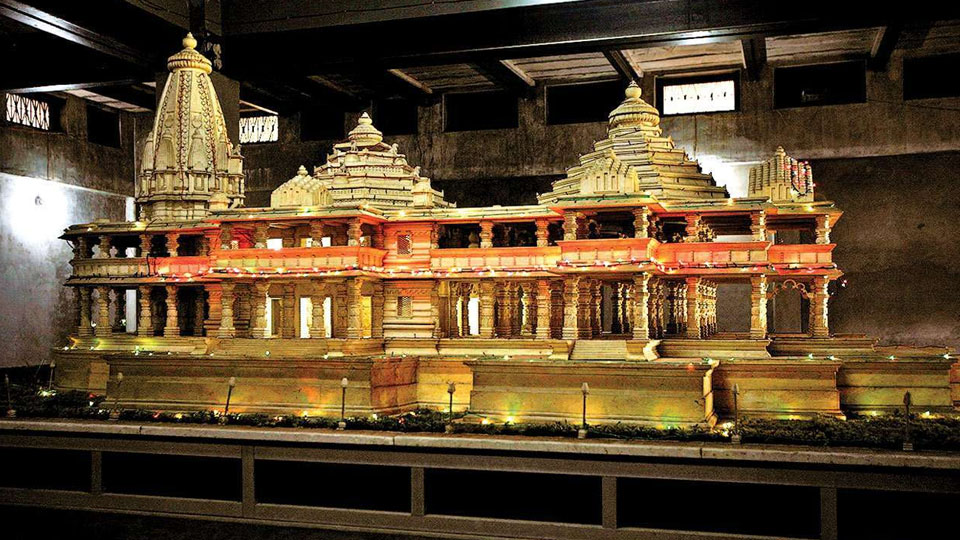 New Delhi: Bringing down curtains on the Ram Janmabhoomi-Babri Masjid issue, one of the longest running title disputes in India, a Five-Judge Constitution Bench of the Supreme Court this morning, in a unanimous judgement, allotted the disputed Ayodhya land to the Ram Janmabhoomi Trust while ordering allotment of an alternative piece of five acres of land to the Muslims for a Mosque.

The Apex Court has directed the Centre to frame a scheme under which it will constitute a body within three months to hand over the inner and outer courtyard to the Ram Janmabhoomi Trust. It said the Sunni Wakf Board would be granted five acres of land in a “suitable, prominent place in Ayodhya.”

The Chief Justice of India Ranjan Gogoi-led Bench of Justices Sharad Arvind Bobde, Dhananjaya Yeshwant Chandrachud, Ashok Bhushan and S. Abdul Nazeer, said that the damage caused to Babri Masjid in 1934 and the desecration in 1949 violates the rule of law. The demolition of the Babri Masjid in 1992 during the pendency of the suits is condemnable, the Bench said.

Muslims have not been able to prove their possession on the disputed property as a composite whole, the verdict said. “No proof to show Muslim possession was exclusive. The Sunni Waqf Board’s claim that the disputed premises were a Waqf is a mirror image of the Hindus’ claim that the Ram Janmabhoomi is a legal personality. Both contentions have been rejected,” the Bench ruled.

The Supreme Court referred to Places of Worship (Special Provisions) Act, which prohibits conversion of any place of worship, to say that all religions are equal. At the heart of the Constitution is Secularism, commitment to equality. Constitution does not distinguish between one faith and another, said the Bench.

The Ayodhya title suit verdict came nine years after the 2:1 judgement of the Allahabad High Court that ordered a three-way division of the disputed 2.77 acres of land between the three parties — Ram Lalla, Sunni Waqf Board and the Nirmohi Akhara. The Lucknow Bench had ruled that Hindus and Muslims would be joint title holders of the disputed land. The SC Bench said that the three-way partition of the Ram Janmabhoomi by the Allahabad High Court defies logic.

“Balance of probabilities suggest pre-existence of temple. But the ASI has refrained from saying temple was demolished. It only says material was used for constructing Mosque. Both Hindus and Muslims cannot explain what the disputed land was used for from 12th to 16th century,” the Bench observed.

On faith of Hindus: On the faith of Hindus, the Supreme Court observed: “There is consistent proof that Hindus considered Ayodhya the birthplace of Ram. Hindus believed Ram was born under the central dome of the demolished Mosque. Testimonies, even in cross examination, did not disprove Hindus’ faith in birthplace as not genuine.”

“Once evidence is there of the belief and faith that Ram Janmabhoomi is the birthplace of Ram, the Court has to acknowledge it. It is beyond the ken of the Court to probe whether the belief is justified. Court cannot go by theology but only on evidence and balance of probabilities. There is historical evidence to prove the presence of worshippers at ‘Ram Chabutra’ and ‘Sita Rasoi’ and offering of prayers. This was a practice even before the British came. The adjudication of title is based on evidence and not travelogues, gazette entries,” the Judges observed.

“The construction of the railings on the premises was ostensibly to maintain peace. But the fact that Hindus leaned over the railings to offer worship at the direction of the Mosque’s central dome suggests their force of belief and faith that Ram was born there,” the Bench said.