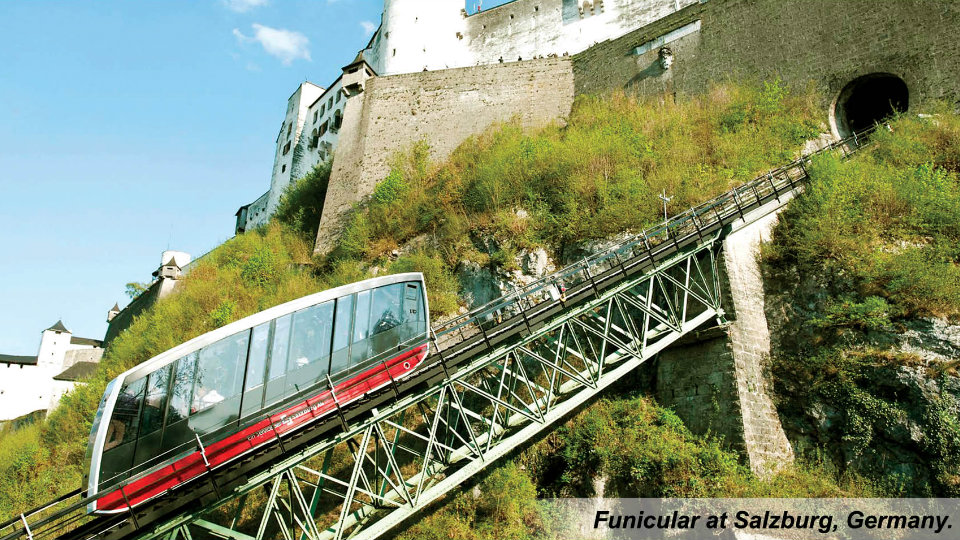 On Tuesday, there was a landslide on Chamundi Hill. About 50 ft. of road connecting Nandi Statue area to the View Point on Chamundi Hill main road broke off from the Hillside and slid to a depth of 22 feet. Works to rebuild the road are going on at a brisk pace but it has prompted the question: Has the time come to seriously consider protecting Chamundi Hill from vehicular traffic?

In recent times, when people look towards Chamundi Hill they see more than just God’s abode wrapped in Nature’s green. Now, one will also see concrete structures and garbage. The Hill has succumbed to structures built to pamper irresponsible tourists. And politicians are constantly trying to build structures on the Hill in the name of tourism.

First, it was former Mysuru District in-Charge Minister late D.T. Jayakumar who suddenly revived the idea of a ropeway across the Hill. Of course, he did not care that a two-kilometre long and 10-metre wide strip of forestland would have to be destroyed to do that.

Then came the grand plan to install ‘Sky Wheel,’ a super-sized giant wheel on the Hill. They even gave it a name — The ‘Mysore Eye.’

Then they moved the Toll Booth from the temple entry point to the View Point to make more money by collecting toll from even local Mysureans who simply wanted to drive up the Hill.

Then came B.S. Yediyurappa with a Comprehensive Development Plan (CDP) and said that Chamundi Hill would be developed on the lines of Tirupati-Tirumala Temple with Guest House and all that commercial filth that overpowers divinity and stinks up serenity.

Then came former Minister S. A. Ramdas, who announced that the 1.5 km stretch from View Point to the Statue of Mahishasura would be made into a four-lane road !

Then came a plan to install a canopy over the steps — all the way from the foothill to the top. They did not fear that 1,008 steps which are 350-years-old would turn into 1,008 business spots with each step hosting puja paraphernalia sellers, coconut vendors and eateries, all leaving a trail of garbage.

Every politician wants to turn Chamundi Hill into a thriving tourist destination, without fearing the filth and pollution it brings with it, as most Indian tourists are prone to flinging garbage at will. Also they don’t seem to understand that like Kukkarahalli Lake, Chamundi Hill is also a green oasis and lung space for the city.

That brings us to the now renewed call for a ropeway by our District in-Charge Minister V. Somanna. Yes, as he himself claimed a ropeway is expensive and like many environmentalists say, it will eat into the flora and fauna of the Hill, but something has to be done to stop vehicles from going up the hill spewing smoke, noise and stopping for picnics that leave garbage behind.

Of course, any construction on the Hill is a terrible idea, but should we allow vehicles to drive up the winding roads spewing smoke and chips packets or force people to leave their garbage and vehicles at the foothill and take a public transport? After all these years has the time come to find another means of transport to go up the Hill? And is cable car or ropeway the best?

I have visited two cities, Salzburg in Germany and Budapest, Hungary; both cities have small Hills like our own Chamundi Hill, albeit, instead of a temple they both have castles atop. Both are international tourist destinations. And in both places tourists are forced to take the funicular, a kind of a cable car which moves on rail tracks but uses electricity and counter-weight system.

In both cities if one wants to go up the Hill they have to either take this funicular or walk up the steps or the road. In fact, one of the funiculars has two stops, one in the middle of the Hill and then at the top. Similarly, may be we too could have a stop at Nandi and then at the Hill top.

If this is indeed a viable way to enjoy the Hill without the vehicular traffic and pollution, then may be an area close to the foothill can be earmarked. Here people can park their vehicles and just walk to the funicular station. While doing this may be we can also allow only public electric buses up the Hill and ban all private vehicles.

Now, what about the people who live on the Hill? The Government can issue special permits for their vehicles. But what if they start using it to ferry tourists up and down the Hill for a fee? Well, it is up to the Government to fix such loopholes.

But most importantly, considering the devastation caused by landslides in Kodagu, are the people living atop Chamundi Hill safe anymore? After all, the top of Chamundi Hill too has seen sprouting of concrete structures like Kodagu.

For now, there needs to be a study of traffic flow up the Hill and a viability study done to see if there are enough tourists who visit Chamundi Hill to pay for an expensive funicular and its maintenance.

More importantly, will such an investment help make Chamundi Hill a green blissful Hill for the birds to breed and produce fresh air for us to breathe?

Just installing cable cars or funiculars while allowing private vehicles up the Hill is not just wasteful expenditure, but also counter-productive as it only doubles the damage to the Hill. It should be either this or that. Not both.

7 COMMENTS ON THIS POST To “Time to unburden Chamundi Hill?”