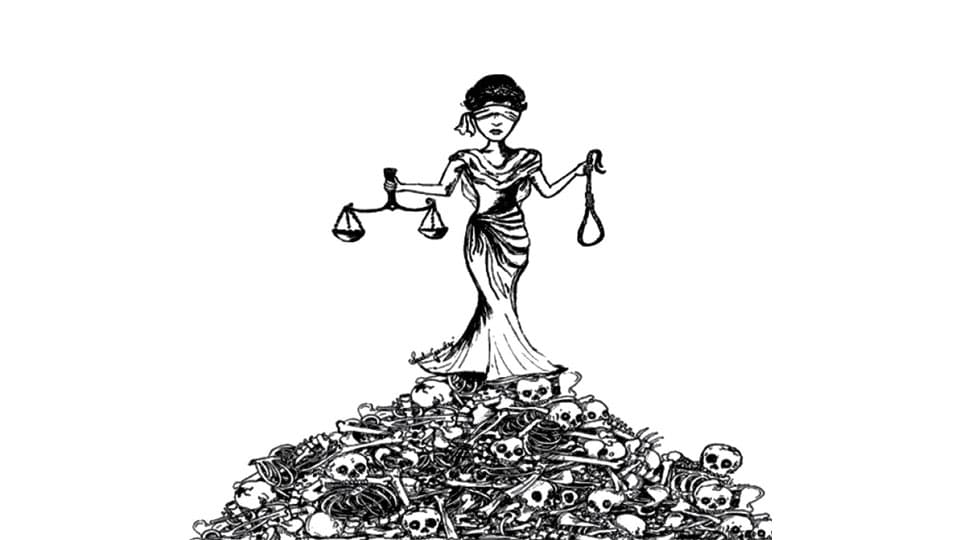 Yesterday, the Supreme Court delivering its reason behind granting interim bail to Arnab Goswami, Editor-in-Chief of Republic TV, in the abetment to suicide case, held that Courts should, “ensure that criminal law does not become a weapon for selective harassment of citizens.” Phew! Thank you SC for that judgement…but what’s the use?

All we can say is “My Lords, Law will continue to be weaponised by law-makers and law-keepers against citizens if erring Judges, Police, bureaucrats and politicians are not punished.” We say this because, the SC itself has been a victim of its Lower Courts’ incompetence, corruption and misuse of law.

In 2004, a journalist in Gujarat heard that the Police and Courts were aiding businessmen to settle scores with their rivals. In order to expose this nexus, he got a Metropolitan Magistrate in Ahmedabad to issue a bailable warrant against none other than the then President of India Dr. A.P.J. Abdul Kalam!

Not only that, he also managed to get a bailable warrant against the then Chief Justice of India V. N. Khare and the then sitting SC Judge B.P. Singh! And all he had to do was bribe the Magistrate. The price? Just Rs. 40,000! The shocked CJI Khare noted “If this is the state of affairs, only God knows what will happen to the country.”

Well, since the erring Magistrate was not punished, the rot continues. Today people go to Court to delay justice, not get it. And inhumane Judges have only perpetuated this trend.

Justice is so delayed in our system that today Courts are a place where one goes to settle scores, not seek justice. From land deals to false dowry cases; from false rape cases to contract cases, a Court case is used as a mechanism to delay and arm-twist our enemy. Because a Court case will leave a victim perpetually oscillating between “adjournments” and “next Court hearing.” It leaves the innocent in a state of limbo forcing them to negotiate and finally succumb to the demands of the perpetrators.

It is because of this delay in justice that today local rowdies and mafia run parallel Courts. In fact, today most cases, be it accident or land dispute, are settled by the goons. Also sometimes it is settled in a Police Station. The reason is because it is quick and to some extent, even judicious.

So yes, today Courts are perceived as an instrument of blackmail rather than a temple of justice. Worse, High Courts are NOT taking cue from SC judgements and exercising their inherent power to quash false and frivolous complaints. This could be because they do not fear repercussions.

While the Lower Court Judges can be punished, the Judges of Higher Courts can only be removed if two thirds of the MPs want to impeach a particular Judge. This is the same number needed to amend the Constitution! So these Superior Court Judges have been attested almost the same importance as our Constitution!

It was the former Chief Justice of India (CJI) T.S. Thakur, who said “as long as judiciary exists, people have nothing to fear.” But then isn’t Judiciary only as good as its Judges? And Judges are only human so they will respond effectively to punishment not sermon. May be, it is time to move the Judicial Standards and Accountability Bill which is being worked on since 2010.

The SC also made an important observation, which is “bail is the solemn expression of the humanness of the justice system.” So hopefully now at least a few of the 91,568 bail pleas pending before the High Courts and 1.96 lakh bail applications before the District Courts will be entertained.

Yesterday, the Bombay High Court also passed a memorable judgement when it quashed the Brihanmumbai Municipal Corporation’s (BMC) order to demolish actor Kangana Ranaut’s office and appointed a valuer to decide on the compensation amount the BMC will have to pay Kangana for their “malicious” action.

Yes, that’s good news for all of us as it is a stern warning against high-handedness but then… isn’t BMC going to pay Kangana from its coffers, which was filled by the Mumbai tax-payers? Why should the tax-payers be punished for the action of a high-handed bureaucrat? Let the decision-making officer pay for it. That will teach future officers not to blindly follow the instructions of their political masters before destroying the life and property of citizens.

Now what about the Police? There have been many instances where they have indulged in “fixing.” And this “fixing” also contributes to clogging the justice delivery mechanism. Last night Arnab Goswami asked, “Will the people who illegally jailed me be punished?” Well, may be not, but he could get some money.

This reminds us of ISRO scientist Nambi Narayanan, who in 1994 was falsely charged with espionage and then investigated by the CBI, then discharged, but then the State Government ordered a re-investigation which was quashed by the SC. Yet, no action was taken against the erring Police officials.

But in 2018, the SC awarded him a compensation of Rs. 50 lakh and constituted a Committee headed by a former Judge of the SC to find out ways and means to take appropriate steps against the erring officials. Steps are still waiting to be taken.

The Government machinery is so large, so slow and so traumatic to deal with that most people would say “Thank God” when a false case is over. Whether they win or lose, they find solace blaming their fate or karma.

For now, influential people like Arnab can come out of jail and scream their frustrations and may be even get compensation, but unless the Lower Courts get more astute Judges who follow the SC judgements, the common man may have to continue waiting for bail. Wait and wait…