Home » Columns » Tourism on the Rise 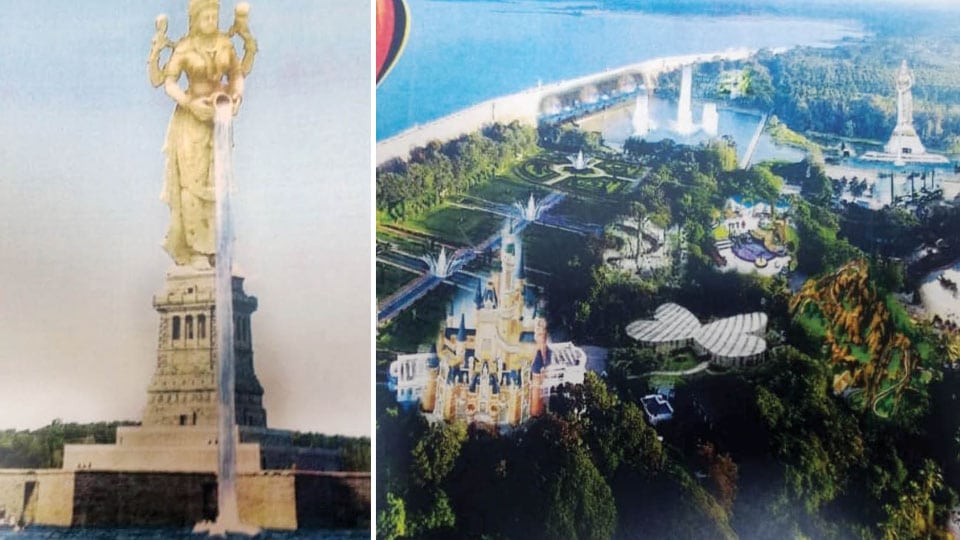 Tourism on the Rise

Disneyland is a one-of-its-kind international attraction. These huge amusement parks are not put up in Tier-2 cities like Mysuru as such high investments require a huge footfall to sustain. The only city which can host a Disneyland kind of investment is Bengaluru.

How can an architect based in Jaipur give a master plan for this Disneyland ? Yes, KRS requires a makeover. The fountains and the musical fountains are outdated. Even the Gardens require a new landscaping. The Dam is very old, let us not tinker with that and create a bigger problem, says N.K.A. Ballal, Retd. Senior Vice-President, India Tourism Development Corporation (ITDC).

A recent stats given by the Ministry of Tourism, New Delhi, is just breathtaking. In the years, in which the economy slowed down due to the twin blows of Demonetisation and GST introduction, tourism has really taken off. Of course, it has also been helped to a certain extent by the depreciating rupee which has made travelling to India cheaper in comparison to the favoured destinations in this part of the world.

A 14 percent increase in tourism arrivals in 2017! The tourism receipts went up by 19.2 percent which means the earnings of 27.2 billion dollars last year, contributing 7 percent to the gdp of the country and 12.7 percent to the employment. The Ministry has claimed that its biggest achievement is the creation of 14.67 percent jobs in the last four years.

The Tourism Minister claimed that with 36 UNESCO world heritage sites, 7,500 kms of coastlines, 43 fortresses and some of the biggest luxury hotels, India offers something for every kind of traveller. He affirmed that coming to this country was a transformational experience. With e-visa regime, it has also become very easy to visit this country. One can obtain a visa within  24 hours or a maximum of 36 hours. This facility has been extended to 164 countries and makes it the easiest country to visit for anyone.

Today, the Minister claimed that, India is the fastest growing tourism economy in the world. The target of the Ministry is to double the arrival next year and reach a target of 20 million mark in arrival, receipt to 15 billion and take it further to 100 billion dollar in the next five years.  A very tall and ambitious claim indeed.

In the recent flooding during monsoon, both Kerala and Kodagu suffered. Kerala was devastated but see how they have bounced back !  A recent Kerala Travel Mart [ktm] 2018 turned out to be an unqualified success with 35,000 Business Meets involving 1,635 buyers short-listed from 7,500 applicants [545 of them from 66 foreign countries. The highest number was from the US and the UK.] This shows the trust global leaders have on Kerala tourism. How did they do this magic ! Simple. They repackaged existing spots, updated their packages, reduced prices, reinvented some ideas, increased their tourism budget for more publicity. And lo, they are back in business.

Contrast this with the hottest  destination spot “Coorg.” The damage due to monsoon was not as severe in comparison with Kerala. But a recent report suggests that all is not well in the district. All the hoteliers, plantation owners and home stay owners are suffering heavy losses due to shortage of tourists,  both domestic and international who are giving this beautiful area a miss. This lovely hill station is slowly limping back to normalcy but the government has not moved its tourism machinery to publicise this simple fact. I have not come across a single advertisement or a short film announcing that Coorg is back to near normal.

Now let us come back to our great Karnataka tourism. You scan any tourism literature,  magazines, there is hardly any mention of Karnataka tourism. The officials regularly go to all Marts, relax, do some sight-seeing and come back. Mysuru is the jewel in the crown for tourism of Karnataka State. Instead of improving the basic infrastructure in this city, what does our great netas do? Announce a grand plan of making a “Disneyland” in KRS. What is the cost ? A whopping Rs. 1,200 crore? Disneyland is a patented brand of The Walt Disney Company, USA. All the Disney Parks which have come across the world have been done by this company. These huge amusement parks are not put up in Tier-2 cities. Such high investments require a huge footfall to sustain. The only city which can host a Disneyland kind of investment is Bengaluru. If the State is interested, they can send a team to the US to negotiate with Walt Disney Co. and sign an MoU for a Disneyland at Bengaluru.

Disneyland is a one-of-its- kind international attraction. How can an architect based in Jaipur give a master plan for this Disneyland ? What they plan is a big amusement park, absolute waste of public money. We can as well invite Wonder La to set up an amusement park in KRS. Yes, KRS requires a makeover. The fountains and the musical fountains are outdated. Even the Gardens require a new landscaping. The dam is very old, let us not tinker with that and create a bigger problem.

Just because the BJP government built the world’s tallest statue in Gujarat, the local JD(S)-Congress coalition government here wanted to emulate and hence the idea of a Cauvery statue. This idea should be dropped at once. Third best is just not good enough. We have several large lakes in the city. Why not convert one of them into a world’s largest musical fountain in PPP model. A 20-minute show.  New idea and a new attraction for the city. Any takers?

With a lot of fanfare, the Maharaja of Mysore was made the Brand Ambassador of this heritage city. Excellent so far but what next? Mysuru Dasara has come and gone and there is no further talk of this subject. Our tourism officials just do not have any clue as to how to take this idea further. If the officials do not have any original idea, what prevents them to at least copy some ideas from other States who have appointed Brand Ambassadors? Example, Amitabh Bachchan for Gujarat. Not a single hoarding has come in any place in the State with our Maharaja! Tea with the Maharaja, Private Durbar to be marketed, so many ideas are waiting to be explored.

Instead of splurging money on grand projects, why not spend a part of it into making better infrastructure, some of which are enumerated below:

The list is long and endless. I have just briefly given some.

PS: As I was writing this article, I read with interest a news item, a new kind of tourism idea that is taking place. A news portal called J.M.M, based in Austria, is sending tourists to India for “Wedding Tourism.” The destinations chosen so far are Jaipur, Mumbai and Delhi. Interested  Indian marriage parties send over invitations to the portal who then sell that to tourists who are interested to join the marriage celebrations from start to finish at a cost of 150 dollars per person per day.  The agency has so far sent about 100 guests to India and it seems there is a wait-list of hundreds of tourists who want to come for this experience ! Any takers in Namma Mysuru ?