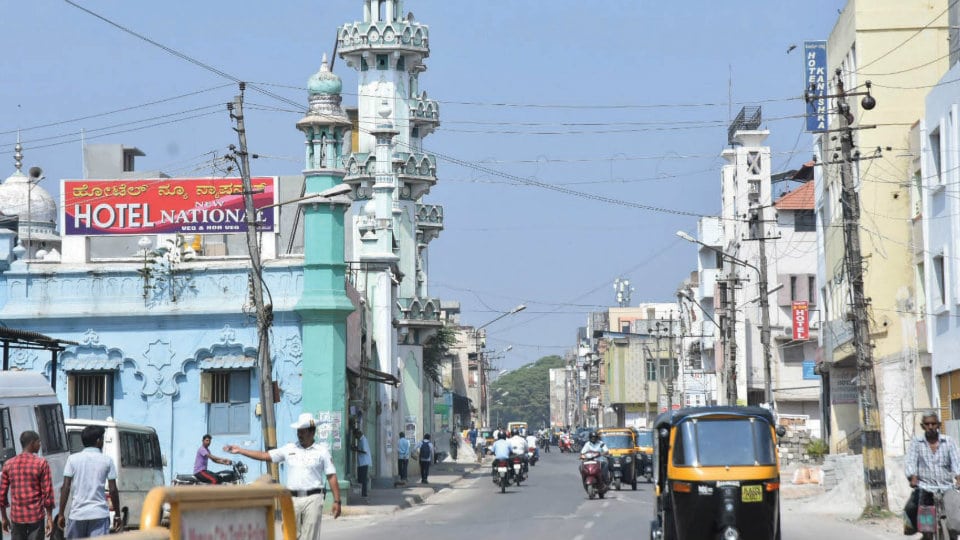 Mysore/Mysuru:  Following a request by the Mysuru City Corporation (MCC) to Mysuru Police to impose a ban on traffic on the Irwin Road to take up road widening works, City Police Commissioner Dr. Chandragupta has banned the movement of all types of vehicles on Irwin Road up to three months and has urged motorists to take alternate roads suggested by the Police.

Movement of traffic on Irwin Road [from Nehru Circle to Sir M. Visvesvaraya Circle (Ayurveda Hospital Circle) and vice-versa] will be banned for traffic for period of three months. Though the press note from the City Commissioner’s Office states that the ban has come into effect from yesterday (Mar. 15), vehicular movement on Irwin Road was usual this morning with MCC taking up only minor works of road widening. Complete traffic ban is likely to come into effect as soon as the the major works begin.