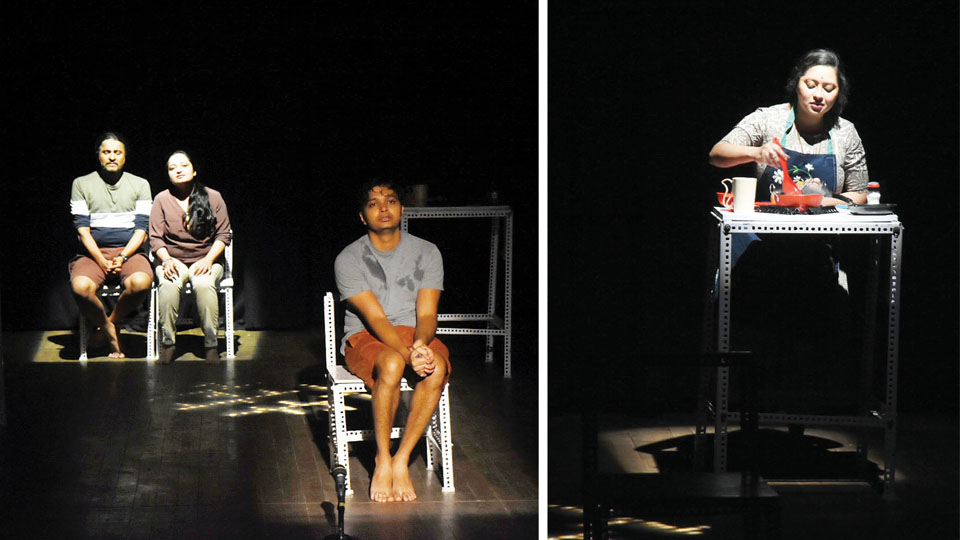 Tragic plays leave a trail of thoughts for theatre-lovers

Mysore/Mysuru: The fourth-day of the ongoing Bahuroopi Raastriya Rangotsava (National Theatre Festival) at Rangayana on Tuesday, saw the staging of a few tragic plays that portrayed the travails of the effects of lockdown, the helplessness of a king who was declared impotent, a queen who ended her life scared by a divine message (Daivavani) as well as the life of Emperor Ashoka.

The Kannada play ‘Lockdown’ staged at Sampath Rangamandira highlighted the travails experienced by the common man on the havoc caused by COVID-19 pandemic.

The play also showcased how human relations were put to severe test during the Lockdown and the challenges that people faced. The play was directed by Abhishek Iyengar.

‘Soorjyastaru Soorjodaya’ performed at Bhoomigeeta explained the churning of a king who was declared impotent by the Palace doctors.

The play also portrayed how the Queen had to spend three nights with her old lover after a direction from Palace pundits. The play was adapted and directed by Dol Govind Rath.

‘Oedipus’ play staged at Vanaranga, portrayed how a queen who was scared by a Godly message (Daivavani) handed over her son to a shepherd for killing him. The play was directed by Shashidhara Barighat.

Play ‘Samrat Ahoka’ enacted at Kalamandira, highlighted the bravery and life of Emperor Ashoka. The play was directed by Veena Sharma.