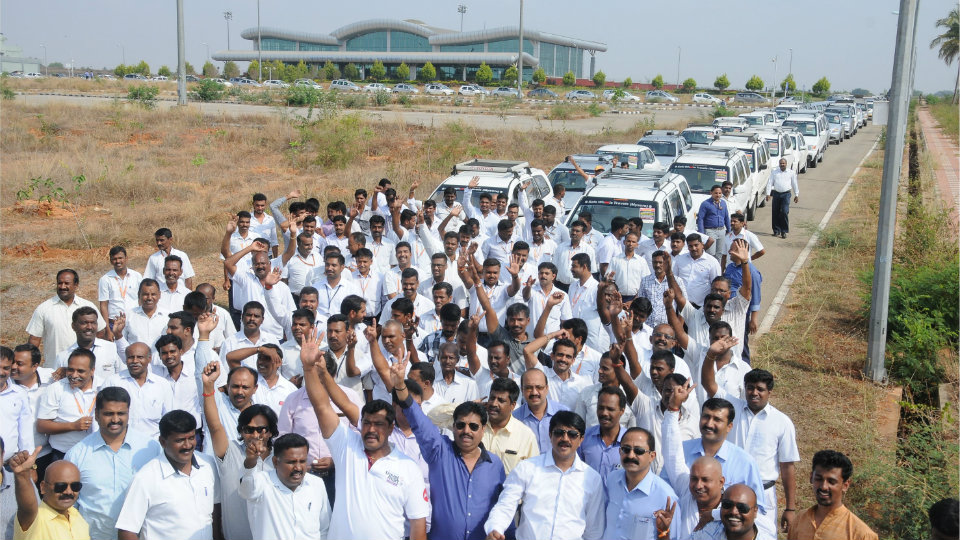 Around 250 cars, tempos and other tourist vehicles passed through NH-212 (Mysuru-Ooty Road), Chamaraja Double Road, Ramaswamy Circle and JLB Road before culminating in front of the DC office.

The Association members  said that the Mandakalli Airport  which had a 1,740 meters runway, 26 staff that includes 9 Fire Safety Officers, equipped with 4 Fire Engines, a Power House of 1500 kv capacity maintained by 9 engineers and competent staff of 8 who run the fully equipped Airport, was not functioning since Nov. 17, 2015.

The members added that the Airport was on par with all major International Airports in India with All Night Landing Facilities that included Approach Lights and Runway End Lights, State-of-the-art X-ray Machines, fully-fledged automated Operations Tower and well-trained State Police guarding 24×7. 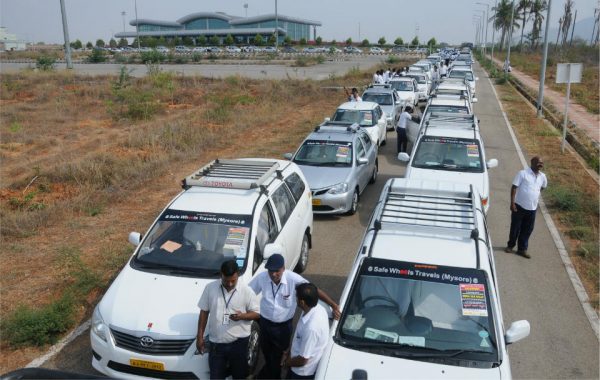 “The population of Mysuru city is around 15 lakh with more than 30 lakh visitors visiting the city every year. The district is also home for more than 600 Educational Institutions and many industries. The resumption of flights from Mandakalli Airport would not only help the educational and industrial sectors but will also boost the tourism industry,”   they added.

The Associations have been demanding for the resumption of Airport as Mysuru is the center place for those visiting Ooty, Madikeri, Waynad  and other surrounding tourist destinations. 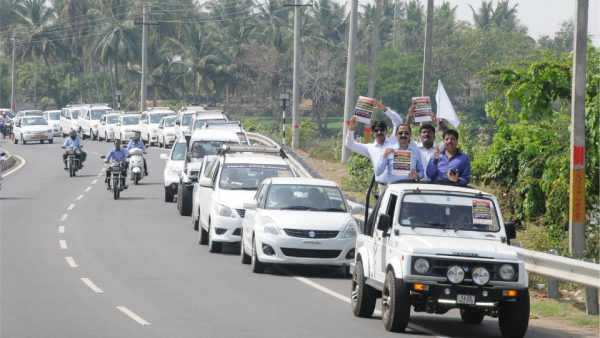 On reaching the DC’s office, the members submitted a memorandum to an official.

Traffic movements between Maharaja Sanksrit College and Ramaswamy Circle was blocked for a while because of the car rally.