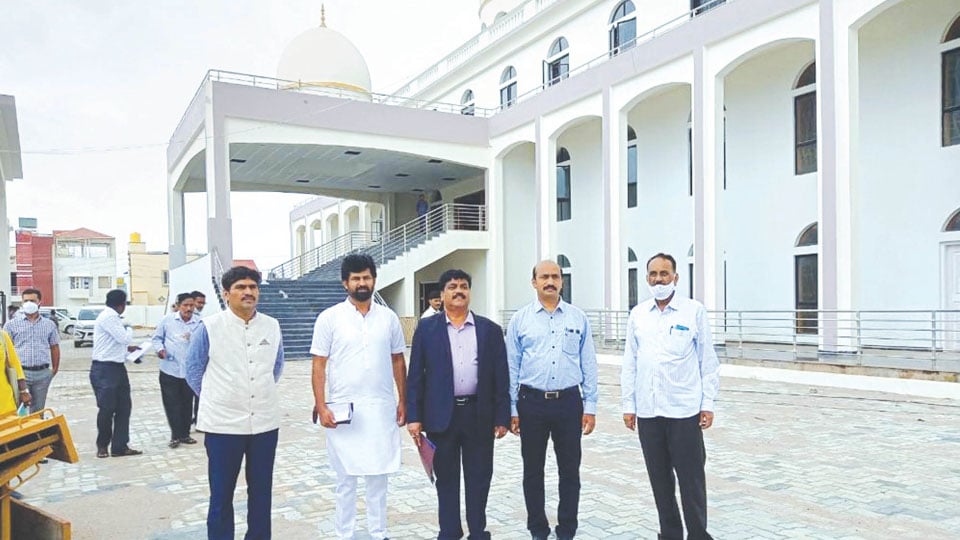 Tribal Institute building works to be completed in two months

President to be invited for inauguration

Mysore/Mysuru: MP Pratap Simha said that the ongoing works on the construction of new building of Karnataka State Tribal Research Institute (KSTRI) coming up at Kergalli in the outskirts of the city will be completed in a couple of months.

Speaking to press persons after carrying out an inspection of the works on Wednesday last, Simha said that the new building is coming up in a 2-acre plot provided by MUDA at Judicial Layout in Kergalli at a cost of Rs. 9.95 crore, with the State Government funding Rs. 5.95 crore and the Union Government providing the rest Rs. 4 crore.

Pointing out that KSRTI which was set up in 2011 when B.S. Yediyurappa was the Chief                     Minister is functioning from a rented building since then, the MP said that the then Siddharamaiah-led State Government in 2017-18 realising the need for the Institute to have a own building had sanctioned the project and released Rs. 5.95 crore for the same.

Noting that the new building works is being executed through tenders called by Karnataka Residential Educational Institutions Society (KREIS), he said that the building is a two-storeyed one, including the ground floor, with a total built-up area of 2,840 Sq.ft.

Maintaining that the foundation-laying ceremony for the new building was not organised due to Election Model Code of conduct, Simha said that the President of India will be invited for the inauguration.