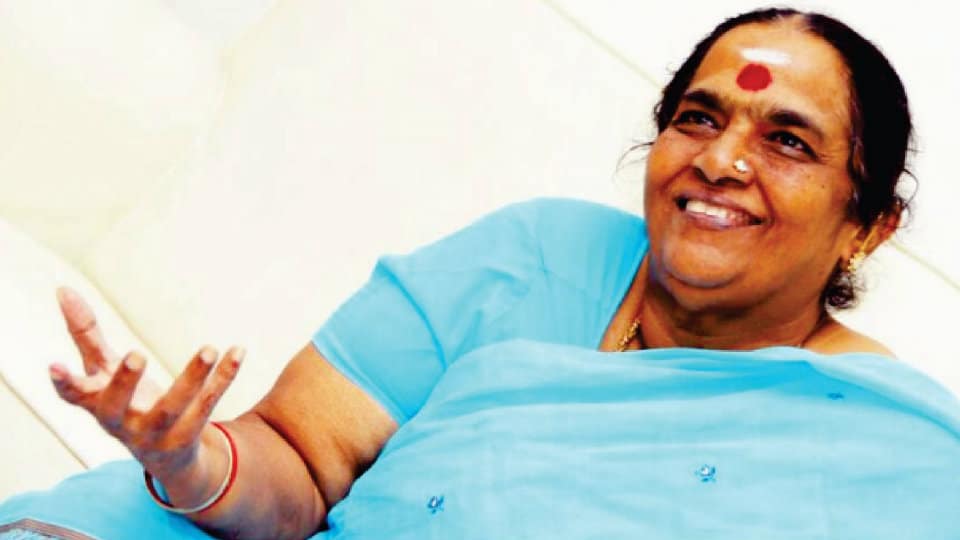 The first lady of Sandalwood Parvathamma Rajkumar is no more. She passed away early this morning at a hospital in Bengaluru. Her late husband Dr. Rajkumar, the legend of Kannada cinema, had passed away in 2006. A gritty lady and woman of substance, Parvathamma held her family together passing through many trials and tribulations. She also went on to become a successful film producer, featuring her husband Rajkumar and her three sons Shivrajkumar, Raghavendra Rajkumar and Puneeth Rajkumar. She has produced more than 80 films under the banner of Vajreshwari Combines or Poornima Enterprises.

This writer had the occasion to interact with Parvathamma while she and her husband had come for treatment at an Ayurvedic Spa. The doctors had recommended ayurvedic treatment for Rajkumar following his kidnap by forest brigand Veerappan and subsequent release.

They had stayed for almost two weeks and that was the time, when I spent many hours talking to both Rajkumar and Parvathamma. The discussion was never on the kidnap episode or films. It generally centred on life and its vagaries. She was very lively and used to share many stories about the people in the film industry, the gossip that went around, how she would react to it and maintain peace in the family.

She had said, “I always used to tell my daughters-in-law not to be swayed by the gossips that go around regarding their husbands. This is the film industry and you are all married to star actors. I always tell them about my own example of how I would brush aside all kinds of rumours and malicious talk that would sometimes go around and reach my ears. If you want peace in the family, you have to trust your husbands and treat them with love and affection.”

Parvathamma was a voracious reader and if she had got an opportunity she wanted to become a doctor. “I got married at a very young age and as a result my dream of becoming a doctor remained unfulfilled. Instead the responsibility of running the family fell on my shoulders. My husband just does not have a concept of money at all. He cannot differentiate between currencies,” she had said and I remember, her son Raghavendra Rajkumar telling me, “Niranjan, my father has not seen Rs. 1000 note and when he saw it for the first time, he was childlike looking at it.”

Hence, she had said, “If I am not tough in this cut-throat industry, we would have been finished long ago. My first interest is my husband and my family.”

The next opportunity I got to meet Parvathamma again was in Bengaluru when I had the privilege of interviewing the legend at his home in Sadashivanagar. I was asked to interview him as his birthday was approaching. I took a chance and called up Parvathamma. It was more than four years since I had met her. She immediately recognised me when I introduced myself and asked me to come over to her house.

It was said that Paravathamma hardly trusted journalists and no journalist was allowed with Rajkumar in her absence. Somehow, she had faith in me and I was left alone with the legend for almost two hours for an interview of a lifetime.

The times she spent in the Ayurvedic Spa is still green in my memory as she would go off into blissful sleep during massages.

Now, she has passed on and the whole Kannada film industry mourns her death.

Adieu to the First Lady of Kannada Cinema.