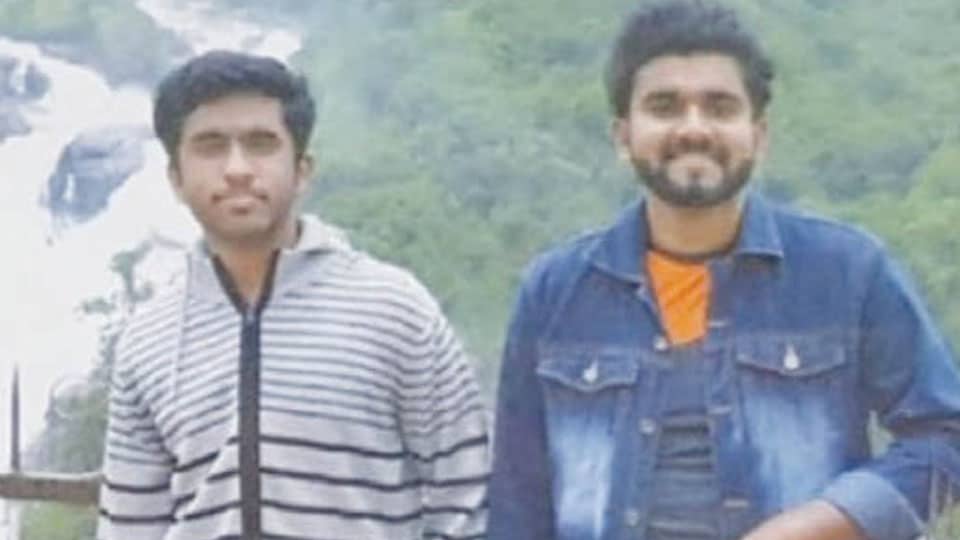 Halagur: Two youths from Bengaluru, who had come to Ganalu Falls in Malavalli taluk of Mandya district, met watery graves after they reportedly went for a swim on Saturday.

The deceased have been identified as Samuel (21) and Sibil (21), both residents of M.S. Palya in Bengaluru.

It is learnt that Samuel and Sibil had come to Ganalu Falls on Saturday and according to sources, the two were caught in the whirlpool while swimming and were drowned.

Forest Guards, who saw a car parked near Ganalu Falls on Sunday, went near the Falls to investigate when they found two bodies floating in the river and immediately informed the Police.

Halagur Circle Inspector Dhanraj, Sub-Inspector Maruthi Tammannanavar and staff visited the spot and got the two bodies fished out of the river besides registering a case.