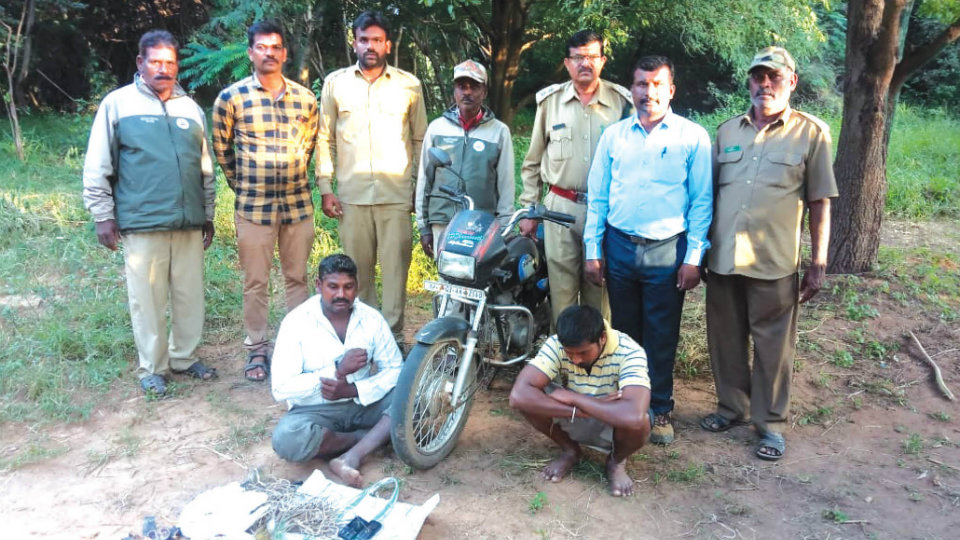 Ranganathittu: Forest Department personnel have arrested two persons while they were hunting birds at Gendehosahalli Island in Ranganathittu Bird Sanctuary and have rescued a live Cattle Egret bird, besides seizing a net, sling shot, hook, one bike and a dead Cattle Egret from them.

The accused have been identified as 39-year-old Ramu and 28-year-old Ravi, both residents of Arakere hobli in Srirangapatna taluk. Following a tip off that the two accused were hunting birds, a team of Forest Department personnel, led by Deputy Conservator of Forests (DCF) J. Alexander, raided the place and arrested the accused who had by then hunted two Cattle Egret birds. The accused are said to have told the Forest staff that they had hunted the birds to eat.