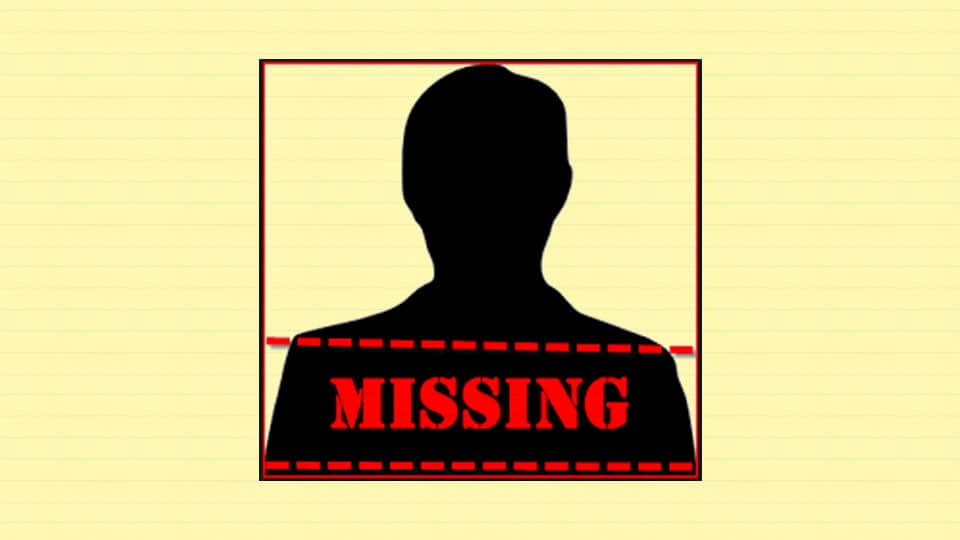 Nanjangud/Mysuru:  In separate incidents, a housewife and a youth have gone missing from Nanjangud and Mysuru respectively.

In the first incident, a 25-year-old housewife has gone missing from her parents’ house in Nanjangud since May 13.

But on May 13, when the family members woke up at about 6.30 am, they found Bhagya missing and filed a missing complaint at Nanjangud Rural Police Station.

Those having any information about Bhagya, may contact Nanjangud Rural Police Station on Ph: 08221-226259 or call District Police Control Room on Ph: 0821-2520040, according to a press release.

In the second incident, a 25-year-old youth, has gone missing since May 2 from Udayagiri Police limits in city.

The missing youth has been identified as Syed Faraz Pasha. According to the complaint, Faraz had gone to play carom at the house of his friend Rizwan in KCB Colony, behind Udayagiri Police Station and left the place at about 5.30 pm. He is missing since then.