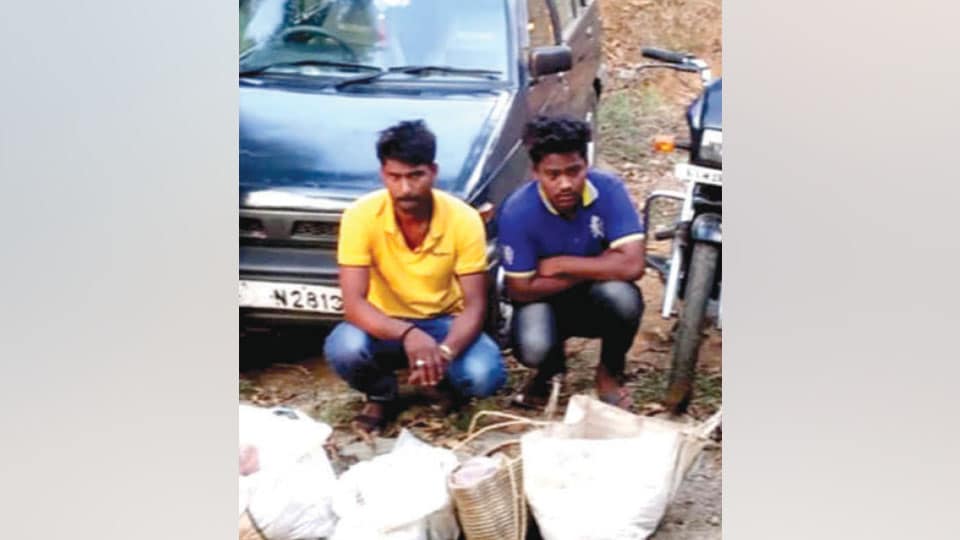 The duo are said to have hunted a wild boar at Hediyala in H.D. Kote taluk and were transporting about 40 kg meat. Acting on a tip off, the Forest officials arrested them near Alekatte Road when they were trying to sell the meat and seized a car, a bike and the boar meat from them.

A case of poaching of wild animals has been booked against the accused who have been remanded to judicial custody.