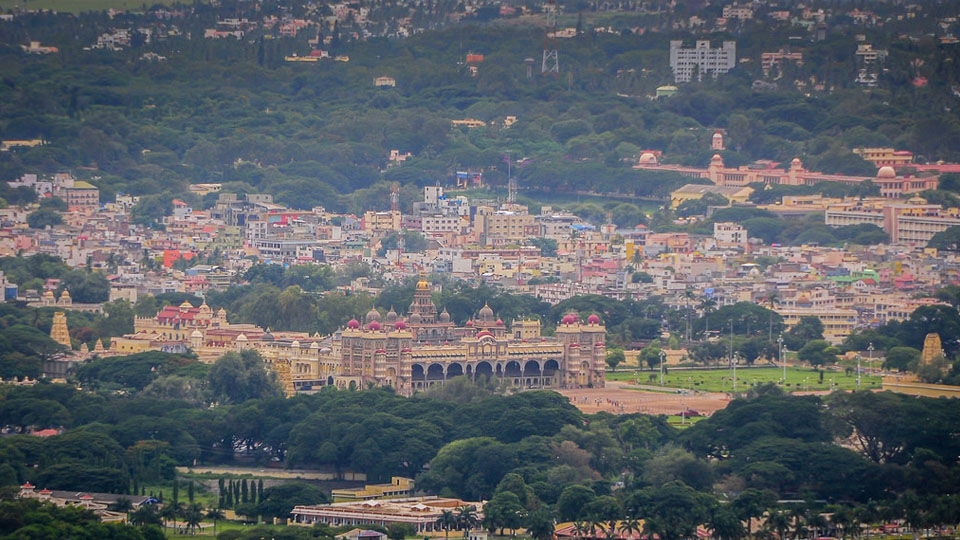 Un-Welcome back to Un-Swachh Mysuru !

The rather amusing but certainly shameful drama of decking up Mysuru to qualify for the top place among the cleanest cities of the country has just ended. And, it has ended so dramatically too — all the garbage heaps at our street corners are steadily and happily growing back to their original dimensions, all the roadside stalls and pavement vendors that had vanished overnight are back once again in their usual but un-rightful places where they can not only successfully ply their trades but also successfully impede the free movement of people and their vehicles.

Actually I realised that the Swachh Mysuru movement had taken off when I went looking for my fruit vendor and found him missing from his usual place on three consecutive days. This was something that would never happen, come rain or shine. That was how permanently his cart was welded to his preferred place despite having four wheels !

All the roadside eateries that had simply vanished with a wave of the Policeman’s baton three weeks ago have now returned to the places from where they used to assuage the hunger of road-users which once included the poorest of the poor but which now also include  the richest of the rich. Yes, the latter too no longer feel shy of being seen near roadside eateries some of which are reputed to be capable of putting the best high-end restaurants to shame when it comes to taste. That is why you find high-end Mercs, BMWs and Audis regularly parked at our so-called ‘food streets’ these days.

It is a different matter that when people rave of what roadside food can do their taste buds they always make it a point to remain mum on what they observe by way of hygiene and cleanliness. These two issues therefore never get to be discussed at the same time. This tact is also one of the essential tenets of the art of fine dining !

But you should listen or rather eavesdrop on such conversations. You’ll find people literally slurping and drooling and making all kinds of funny sounds as they talk of what they had eaten the previous week ! That is how lasting the effect of good food is!

And, that is why it is very rightly said that an army marches on its stomach and that the way to a man’s heart is through his stomach. That also explains why all countries across the world make sure that their soldiers are always fed the most sumptuous food and drink too, at least during peace time. And, when you look back, that also explains why women who cook very well usually do very well in their married lives !

Incidentally, a huge roadside hoarding somewhere between Bengaluru and Maddur, promoting the culinary delights that can be had at a restaurant thereabouts says: “Good Food is Good Mood” which I feel is the absolute truth although I am not much of a foodie, at least these days ! I think one of the most disappointing experiences is when you go to a much hyped restaurant expecting very good food and find the fare served to you there way off the mark. Although I am speaking for myself when I say this, I’m very sure that most people who enjoy eating out will agree with me.

Now, bringing you all back to Namma Mysuru from my food fantasies, we all saw how our civic authorities promoted the virtues of cleanliness which almost re-wrote the axiom and put Godliness in the second place! We were all told to keep the surroundings of our homes clean with perfect waste segregation that would pass the inspection of the eagle-eyed teams that would come visiting, God knows from where. We also saw teams of volunteers wearing smart, specially logoed T-Shirts and matching caps, sweeping the forecourt of our Palace and even the streets so that our newspapers and TV screens could spread the news of what we were doing, far and wide.

All the rank and file of our Corporation employees and hastily roped in extra contract workers too were deputed to places like temples, mosques and churches where people congregated, to get citizens to send messages from their mobile phones that their city was the cleanest and best maintained. But frankly speaking, I never got to understand what this part of the exercise was all about.

I only go to know of it when I overheard our maid telling my wife that she was late one particular day because she had to participate in this very important voting exercise. I also felt a little sheepish when she expressed surprise that we had not been invited to do the honours that she had the privilege of doing !

I suddenly found that the roads of our area which had not seen a broom even once after our Dasara were being swept by platoons of workers walking behind swanky yellow and green tippers into which they were dumping basketfuls of garbage! I do not know how the word got around but a team of Corporation officials even visited my house to see how my home composting unit was doing. They implored me to stand beside it for a photograph but I very politely excused myself saying that I was not dressed smartly enough that day! But I felt very happy when they told me that I was being a model citizen and that they would urge other citizens to follow my example and also bring the Inspectors to my house to see my project. But alas! That did not happen and that is why perhaps Mysuru missed the first place and could make it only to the third place this year!

Looking back a little sadly at the events of the past few weeks, I wonder why our civic officials have to stage this strange and ironic drama year after year just for an award when they have no moral commitment to keep our fast-growing city reasonably clean and our roads free from obstacles and impediments that make our lives miserable. Cleanliness and orderliness too have to be a simple, year-long way of life rather than just a two- week-long drama !

11 COMMENTS ON THIS POST To “Un-Welcome back to Un-Swachh Mysuru !”