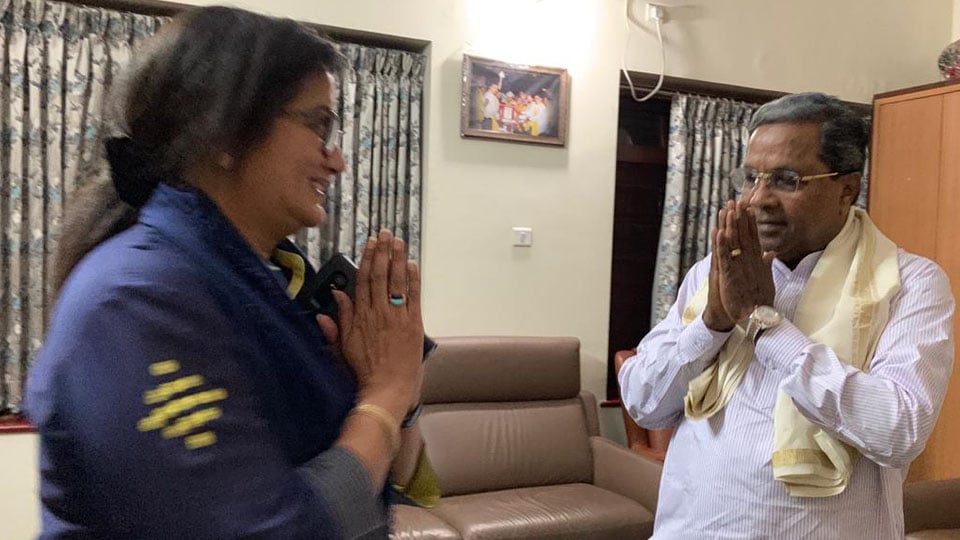 Under pressure from Ambarish fans to contest polls: Sumalatha

Bengaluru:  Claiming that she was under tremendous pressure from fans and followers of her late husband Ambarish to contest the LS polls from Mandya, actress Sumalatha Ambarish said that, she was not in a hurry to take a decision in this regard.

Speaking to presspersons here yesterday after meeting former CM Siddharamaiah, Sumalatha said she was visiting Mandya on Thursday which does not mean that she was  entering politics.

She said that she was visiting Mandya to offer her condolence to the family of martyred CRPF jawan H. Guru.

Stating that she met Siddharamaiah and conveyed the feelings of Ambarish’s fans, she said that Siddharamaiah told her he would convey the message to the Party High Command.

Maintaining that she does not know about the High Command’s plans, Sumalatha said she will bow to the wishes of the people if the Congress leaves the Mandya seat to the JD(S).