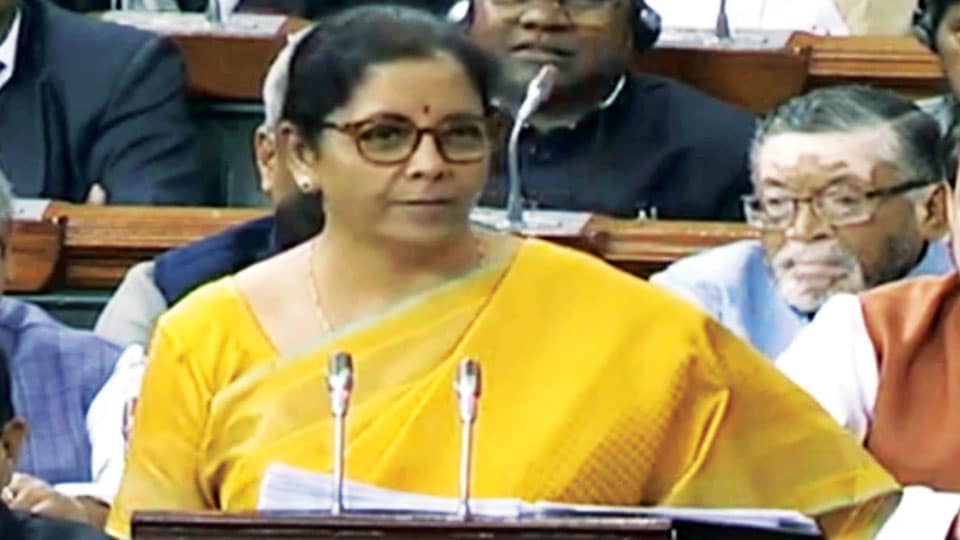 Government to sell part of its stake in LIC

This is also the second Budget of the Narendra Modi government after it retained power for the second time in a row in the May 2019 general elections.

In her speech, Nirmala Sitharaman said Budget 2020 is broadly divided into three major themes — aspirational India, economic development and building a caring society that is humane. In its Economic Survey 2020 released on Friday, the Union Govt. predicted that the economic growth would pick up to 6.0% to 6.5% in the fiscal year beginning April 1, but warned that it may have to exceed its deficit target to revive growth.

In a major announcement, the Narendra Modi Govt. will sell part of its stake in LIC, launching an IPO. Amid public fears over the PMC Bank scam, Sitharaman said that the insurance cover for each depositor will be increased from Rs. 1 lakh to Rs. 5 lakh.

“Budget is to boost income and purchasing power of people. Several steps on formalisation of economy have been taken up,” she said. The Finance Minister remembered chief architect of GST reforms late Arun Jaitley — the Finance Minister who led key economic reforms. GST has integrated the country economically, she maintained.

“We are now fifth largest economy in the world,” she pointed out, adding that this Government

has brought paradigm shift in governance. GST Council has been proactive in resolving issues. “We have added 60 lakh new tax payers in the GST ambit,” she stressed, adding GST is a historical structural reform.

Sitharaman said the Govt. has proposed Rs. 99,300 crore for the education sector and would soon announce the New Education Policy for which the Centre received over 2 lakh suggestions. “Education sector needs greater finance to attract good teachers,” she said while presenting the Budget 2020-21 in Parliament here and added that External Commercial Borrowings (ECBs) and FDI will be leveraged to improve the education system.