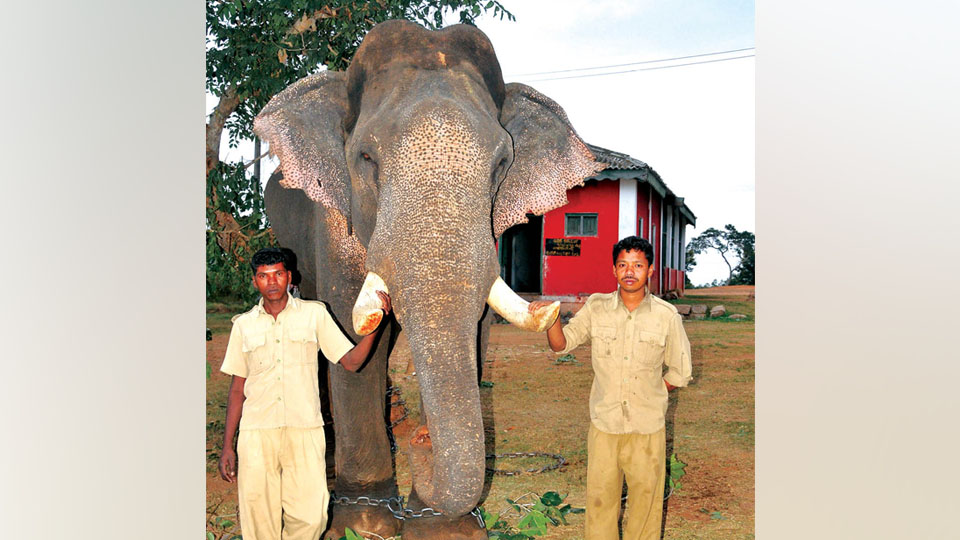 Untimely death of Mahout Shankara: Elephant Gajendra not to participate in this year’s Dasara

Gajendra, the 63-year-old tusker from K. Gudi Elephant Camp at B.R. Hill Tiger Reserve Forest in Chamarajanagar, which was participating in Dasara festivities since many years, will not be participating this year following the death of his mahout Shankara (36) about 15 days back due to illness. Gajendra was the ‘Pattada Aane’ of the Mysuru Royal family and was tasked of carrying the idol of the God from Kodi Someshwara Temple in Mysore Palace premises to the Palace for Navaratri puja rituals.

He had then fled into the forest and was traced at Matthagadde Podu two days later. He was brought back to the camp and was let with female elephant Durgaparameshwari and her three-year-old daughter. After Gajendra became normal, the Forest Department had appointed Shankara as his mahout who had gained the confidence of Gajendra and Gajendra too was carrying on with his work brilliantly. 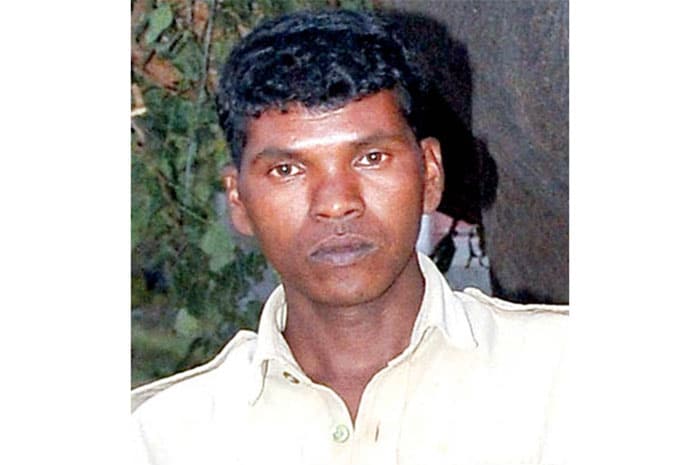 About Gajendra: Gajendra was captured at Kattepura Forest area in Kodagu in 1987 and was housed at K.Gudi Elephant Camp since then. Gajendra was known to be very gentle among all the Dasara elephants and used to participate in various rituals in the Mysore Palace during Navarathri and came to be known as the ‘Pattada Aane.’

Shankara was the son of mahout Annu, the mahout of late Srirama and Shankara was given the job following the death of his father. But unfortunately, Shankara died at a very young age of 36.

It is inevitable to leave Gajendra

READ ALSO  Park your vehicle at Town Hall this Dasara

It is inevitable to leave behind Gajendra, who had the capability to carry the Golden Howdah from participating in this year’s Dasara festivities due to the untimely death of his Mahout Shankara. As the new mahout is yet to get accustomed to Gajendra and need practice to control him amidst crowd, we have left behind Gajendra this time.

Gajendra is one of the best elephants in K.Gudi Elephant Camp. Though he is gentle, he used to participate in operations to capture rogue elephants and tigers. He had also practiced carrying the Golden Howdah last year. But this year, he will not be participating in Dasara festivities due to the death of his Mahout Shankara