UoM research team had cautioned about landslides in Kodagu

Mysuru:  A research work carried out by the University of Mysore (UoM) as part of a Ph.D. programme two years ago had cautioned the authorities about the tragedy waiting to happen in the form of massive landslides and flooding in Kodagu district.

The research study that was conducted between 2013 and 2016 had highlighted how excessive human exploitation of natural and eco-sensitive spots of Kodagu to build homes, buildings and other commercial activities has caused extensive damage to the ecology.

The research paper, titled ‘Landslides in Coorg District of Karnataka State’ has been published by International Journal of Innovative Research in Science, Engineering and Technology, in its June 6, 2016 edition. The paper was jointly submitted by Prof. M.R. Janardhana, Head, Department of Geology, Yuvaraja’s College, University of Mysore, Dr. D.N. Vinutha and Abdul-Aleam Ahamed D.AL-Qadhi, a foreign national doing his research in the University. The paper was published as part of Vinutha’s Ph.D. programme. 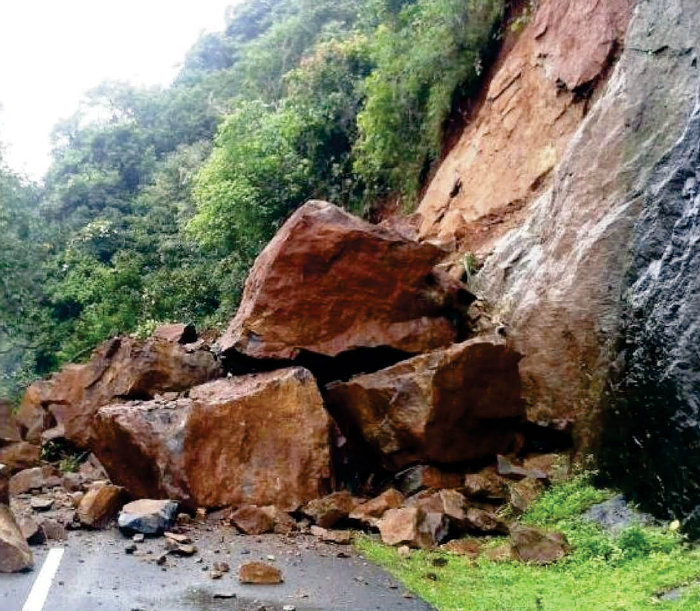 Landslide along Bhagamandala-Karike Road in the area of research study.

The research paper says, Kodagu forms a part of Western Ghats with high range hills and abundance of forest wealth. The district is known for its scenic beauty, pleasant climatic conditions and therefore one of the most popular holiday destinations. However, the district has witnessed many natural hazards including landslides and floods and the area is becoming more susceptible for these natural hazards owing to the infrastructural development works in response to increasing population and tourism.

Examining the infrastructure development of the tiny district, the research scholars say that development in the form of laying new roads and widening of the existing roads modifies the slopes, thus deteriorating the equilibrium of nature. “With every passing monsoon, the district witnesses a number of landslides in response to destruction of natural slopes. Moreover, the district forms a junction to various destinations in both Karnataka and Kerala,” the report says. Flooding at Bhagamandala caused by sudden drop in elevation of River Cauvery from Talacauvery to Bhagamandala.

The purpose of the study was to analyse the geomorphological condition of the district and identify the main hazards happening in the area such as flooding, landslide and forest fire. The study aimed at identifying the areas that is prone to disasters and establish its causative and triggering factors like deforestation, cutting of mountains and soil erosion.

Root cause for flooding in Bhagamandala

The study points out that the sudden drop in elevation of river Cauvery from Talacauvery to Bhagamandala is the root cause for flooding in Bhagamandala area. The eastern parts of the district including Madapura, Kalur, Mutlu, Hattihole, Hammiyala, Soorlabbi and surrounding areas around Harangi Reservoir are characterised by low and gentle slope and as such, floods tend to occur during prolonged and high intensity rainy days.

“The topography of Kodagu district is sensitive and any changes in the land use causes landslide or slope failures affecting the population. However, rapid rise in population and economic activities owing to which the area is witnessing infrastructural development in the form of civil engineering constructions and development of roads for better connectivity in the area is of great concern as it is causing instability in the hilly terrain,” the study observes. 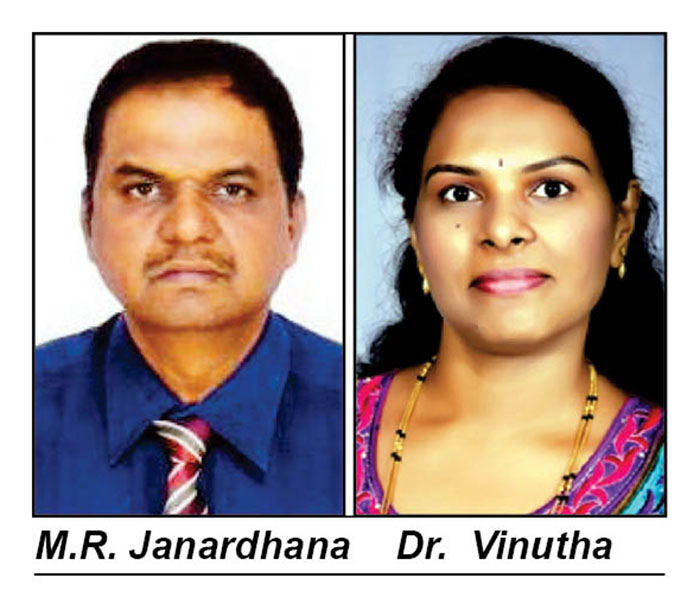 How to minimise damages

In conclusion, the study calls for specific management practices to minimise damages from natural hazards. They include building retaining walls in high risk zones, controlled urban development and construction of high rise embankments near Bhagamandala region to reduce flooding which will also help in solving soil erosion problems.

Study areas in Madikeri and Somwarpet Taluks and their risk levels due to increased exploitation.