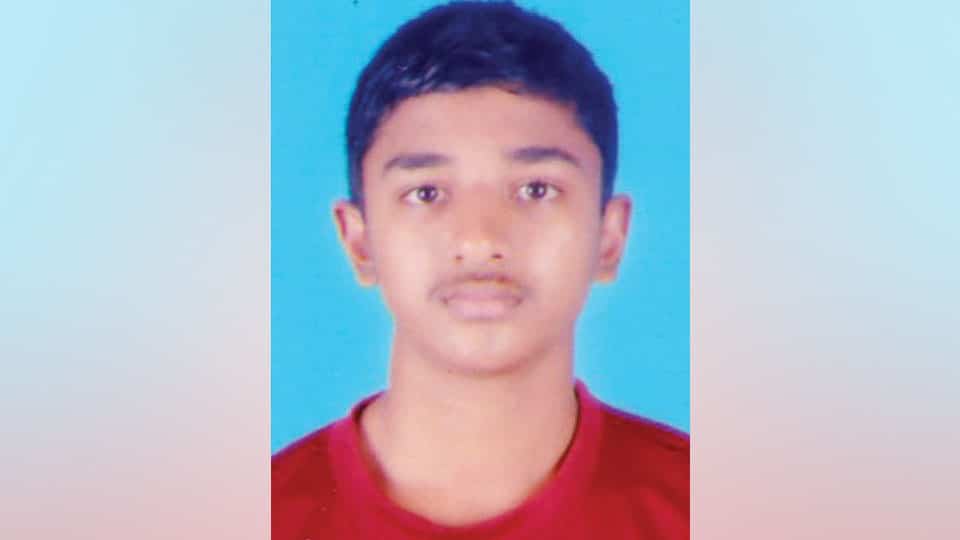 Football Game has a large following across the globe. The game requires excellent skill, fitness from the individual player, as it is a team game needs excellent co-ordination with fellow players to succeed in any level. Mysuru has been a centre which has been producing talented footballers from time to time who have gone on to play for the State and the country. One such player is Syed Danish Mubeen from St. Matthias High School, Bannimantap, Mysuru, has done everyone proud by representing Karnataka State in the U-14 Sub-Junior National Football Championships-2018 held recently at Telangana. He is our ‘Star This Week.’

In the said Championship, he played as a striker and played a good role in Karnataka’s 6-0 win over Pondicherry in the first match. In the second match, Karnataka lost 0-3 to Telangana. However, he gained valuable experience.

The 14-year-old took up to the game of football in 2015, inspired by his father Syed Mubeen Mohammed, who himself is a footballer who represented

University of Mysore (UoM) in 1983-84 and also captained the UoM’s football team. His father and mother Sajitha Begum supported him to pursue the sport. Danish joined the UoM summer camp in 2015 and learnt the basics of the game under the coach  Ramani at the University Grounds.

Danish was also helped by Brijesh Singh and M. Manjunath, Hon. Secretary, Mysore District Football Association (MDFA), who identified the talent in him and provided him the opportunity to improve his game, by sending him for the State selections in Bengaluru.

Danish intends to take up the game seriously and work hard to represent the country at the International level.