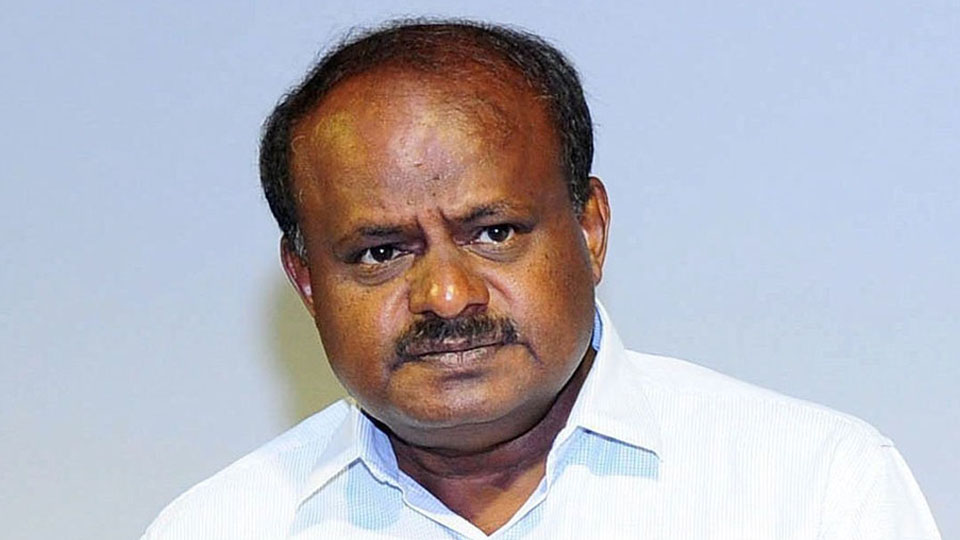 ‘You do whatever you want for your story…

Bengaluru: Karnataka Chief Minister H.D. Kumaraswamy (HDK) yesterday said that he was ‘boycotting’ the media, apparently upset over the coverage of the Mandya Lok Sabha polls, where his son Nikhil Kumaraswamy is in the fray.

“I’m boycotting you,” an upset Kumaraswamy told reporters who sought his comments after his meeting with Congress General Secretary K.C. Venugopal here. “You do whatever you want for your story… Go do it. Go enjoy,” he said.

Though the reason for his outburst was not exactly clear, sources said that he was upset over the media coverage of the Mandya LS polls, where his son Nikhil from JD(S) was pitted against multi-lingual actress Sumalatha Ambarish, an independent candidate, in what is perceived to be a cliff-hanger contest.

In the run-up to the election to the seat, Kumaraswamy had repeatedly hit out at the media, accusing them of supporting Sumalatha. This is not the first time the Chief Minister has spoken about boycotting the media. In November last year, Kumaraswamy said that he would not address the press “for any reason.”

“Let the media write what they want to. The way they are portraying me, I am scared to say anything. Looks like I should constitute an Expert Committee which will give me suggestions in the morning about what to talk and how to give my speeches. I am in that state now,” an irate CM had said.

He had also said that he would “limit the media to what I speak from the stage.” HDK recently alleged that the media showed only Prime Minister Narendra Modi as he gets the “makeup” done to get a glow on his face before appearing in front of the camera.

CM Kumaraswamy
Cheluvarayaswamy says he will patiently wait till May 23
I have not initiated any Poll Survey: Sumalatha Ambarish