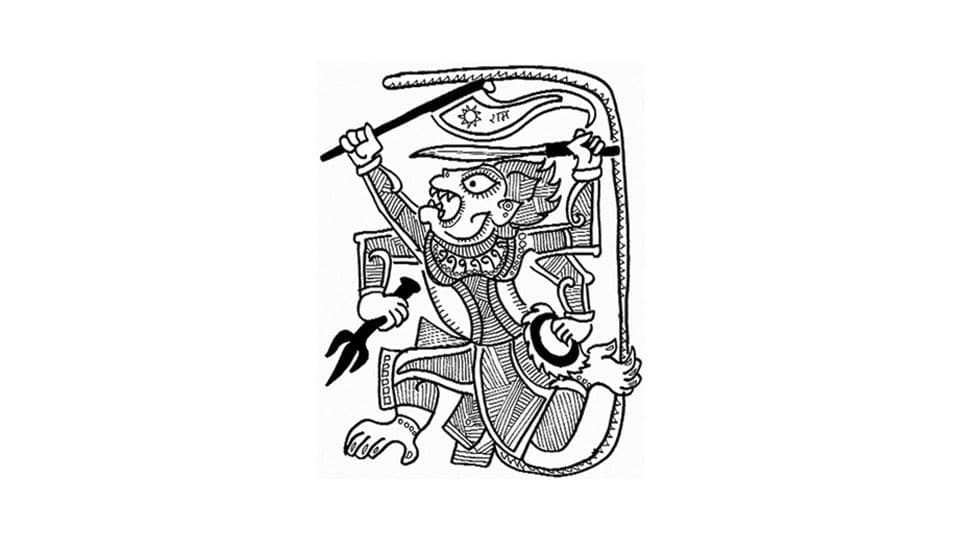 After the humiliating defeat of Indians in 1857, there was little doubt that the British were the villains. Indians began using an innovative approach to express their rage and their desire to overthrow the enemy. They enacted stories from the Puranas on stage as metaphors. That way they did not attract the attention of the authorities while whipping up anti-British sentiment.

In Odisha and Andhra Pradesh, for example, the story of Narasimha became a popular theme. The powerful and arrogant Hiranyakashipu, who considered himself lord of all that he surveyed, reminded the audience of the colonial masters who had ruined the local economy. Prahalad, though son of Hiranyakashipu, worshipped Vishnu. For the audience, Prahalad embodied the people under rule of the adharmi king (the British) who is outsmarted and killed by the man-lion Narasimha (Hinduism? India?), ushering in an era of prosperity.

In Maharashtra, the story of Kichaka was told to whip up patriotic frenzy. In the Mahabharata, Draupadi is forced to serve as a maid in the Palace of King Virata and is abused by the King’s lout of a brother-in-law, Kichaka. On stage, very cleverly, the playwrights used Virata to represent Queen Victoria who turns a blind eye to the wrongdoings of local Governors of India.

Draupadi, the maid, who is humiliated, embodies India, and Bhima, who finally kills Kichaka, as the audience cheers, becomes the symbol of the patriotic youth who rebelled violently against the Raj. The British banned a play based on this theme in 1910.

Ramayana was an all time favourite in the Gangetic plains, with Sita embodying India, and Ravana embodying the Raj. In Mughal times, Ravana embodied the Muslim Kings who imposed jizya tax and broke Hindu temples to control the native Hindu population. Local Kings and Zamindars, who could not openly rebel against the Mughal Empire, expressed their frustration by burning effigies of Ravana during Dasara festivities. When the British replaced Muslim Kings, Ravana became the symbol of the Raj during Ramlila celebrations. All this was done without subtlety, with passionate dialogues revealing the underlying politics.

In Bengal, writers equated Durga and Kali with the motherland. By motherland, Bengali writers such as Bankim Chandra Chatterjee, who wrote Anand Math, meant united province of Bengal. They did not quite mean India as we know it today. The dark and naked Kali was seen as India stripped of her wealth and power.

The radiant and bejewelled and powerful Durga was seen as India in all her glory. Bengali writers prayed that this fierce Chandi would one day destroy the British as she destroyed Mahishasura. Eventually this idea of Durga-Chandi informed the idea of Bharat Mata that is now the icon of the aggressively political Hindutva movement.

With the British gone, the Hindu Right views the demon to be killed as everyone who opposes Hindutva — from secular forces to Marxist, Islamic, Christian and Western forces. Politics may change but there is always a political enemy, and so the Puranas lend themselves to serve as communication and even propaganda tools to whip up popular sentiment. Hiranyakashipu, Kichaka, Ravana or Mahishasura, these Puranic villains can embody any political threat.

READ ALSO  The Dark Man on a White Horse