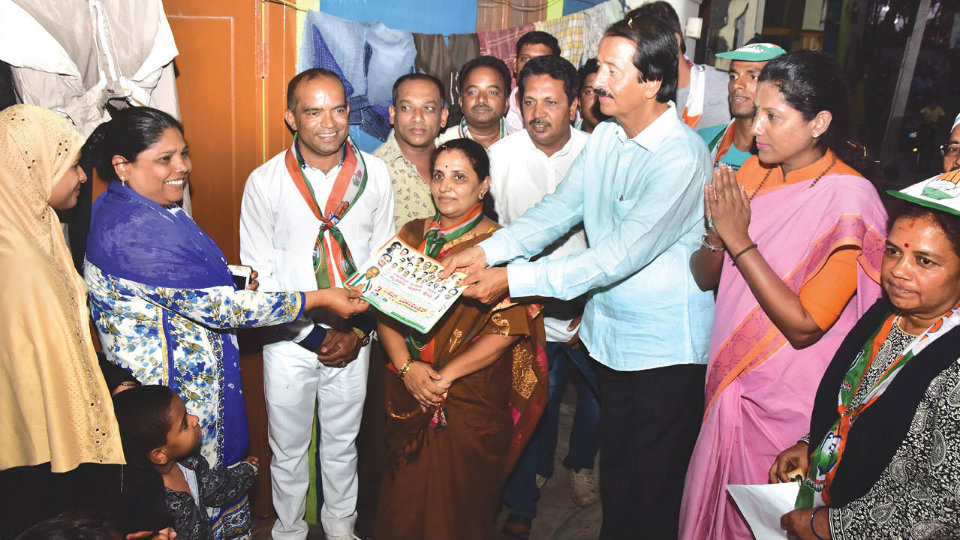 Vasu, who launched the campaign by taking out a padayatra in MCC Ward 26, appealed the people to vote for Congress candidate C.H. Vijayashankar.

Explaining the achievements of the Congress-led UPA Government when it was in power at the Centre, Vasu expressed hope that the people would vote for the Congress candidate this time.