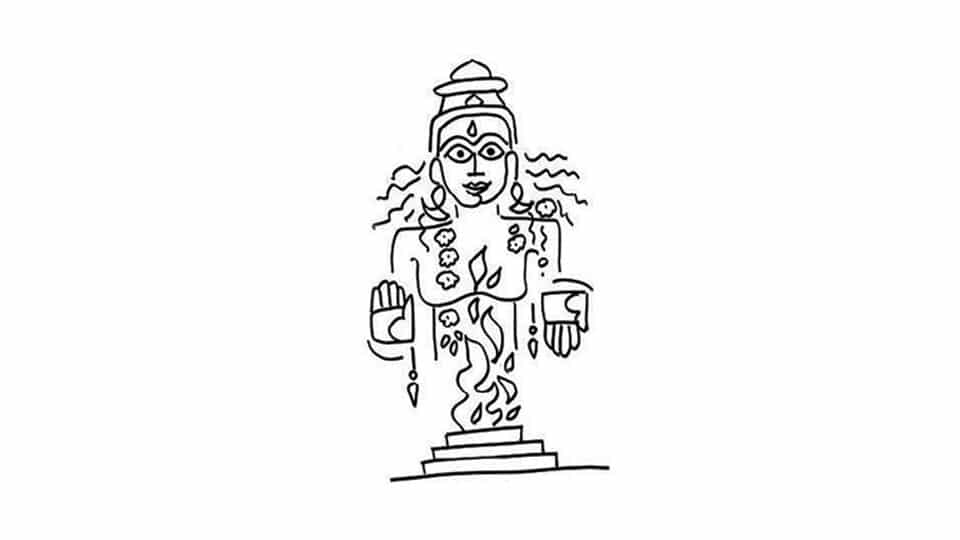 Buddha said that desire is the cause of suffering. Outgrowing desire enables one to experience freedom from suffering. The Vedic approach was very different. Suffering can be reduced when we pay attention to, and try to satisfy, each other’s desires. This gave rise to the ritual of yagna.

The person who conducts the yagna was called a Yajaman. He lit a fire, and chanted hymns in order to invoke a deity or devata. He gave the devata something to eat, and said, “Swaha.” Swaha means what was mine is now yours. Technically, it is the transfer of deeds. “The food that was mine is now essentially yours now. I have no claim on it.”

And then he did phala-stuti, the asking of a return gift: the fruit of his labour. Having fed the deity, he expected or hoped to be fed in return. Having satisfied your desire, I hope you will satisfy my desire. The Yajaman seems like the investor, devata is the investee, swaha is an investment and tatasthu that he seeks is the return on this investment.

People who call this ritual a sacrifice have clearly never studied it. It is an exchange. Only humans can exchange. Yagna, thus, is an indicator of humanity. The Yajaman gives to get and the devata gets before he gives. It makes us wonder: are we Yajamans, who focus on other people’s desires before our own, like parents who feed children first? Or, are we devatas, who first demand satisfaction of our own desire before focussing on others?

Yagna is not a contract. In a contract, there is give and take; there is obligation. Yagna is give in order to get. It is entirely voluntary. The devata has no obligation.

Later, in dharma-shastras, we come across the concept of ‘rinn’ and ‘daan’. Rinn means debt. People are obliged to repay debt to ancestors and Gods by conducting yagna, as they have been recipients of ‘swaha’. Their desire to exist was satisfied by ancestors who gave birth to them and Gods who sustained them and so a man has to repay his debt to them. He also has to do daan, which is giving things away without expectations, swaha without phala-stuti, if he wants to be free of debt. Thus, repaying debt and doing charity become hallmarks of a Vedic householder. When we repay all debts, we are free. This is moksha.

Buddhist concept of nirvana was about outgrowing desire, and eventually outgrowing self. In contrast, Vedic concept of moksha was about satisfying other people’s desires, repaying debts, doing unconditional charity, and not accumulating debts by demeaning the satisfaction of one’s own desire.

There are similarities and dissimilarities in both ideas. The similarity is about outgrowing one’s desire. Dissimilarity is in approach: Buddha focusses on the self; Vedas focus on the other. Hence, in art, Buddha’s eyes are shut, looking inward at one’s own hunger, while in art, Hindu deities have eyes open, looking outward at other people’s hunger.