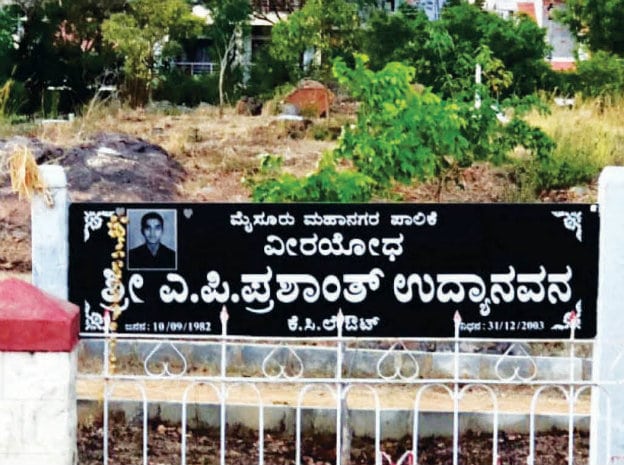 The Veerayodha A.P. Prashanth Park at K.C. Nagar, which was constructed in memory of martyr A.P. Prashanth, who laid down his life for the country, has become a drying place for clothes. This has irked the local residents and morning walkers, who have urged the authorities concerned to maintain the park in honour of the brave soldier.

The park was in news earlier following the performing of Guddali Puja by the then MLA for the construction of a Bayalu Rangamandira (Open Air Theatre), which was later clarified as Makkala Mantapa (Children’s Stage) and later the then MCC Commissioner clarifying it as a small Gazebo, which had met stiff opposition from the residents.