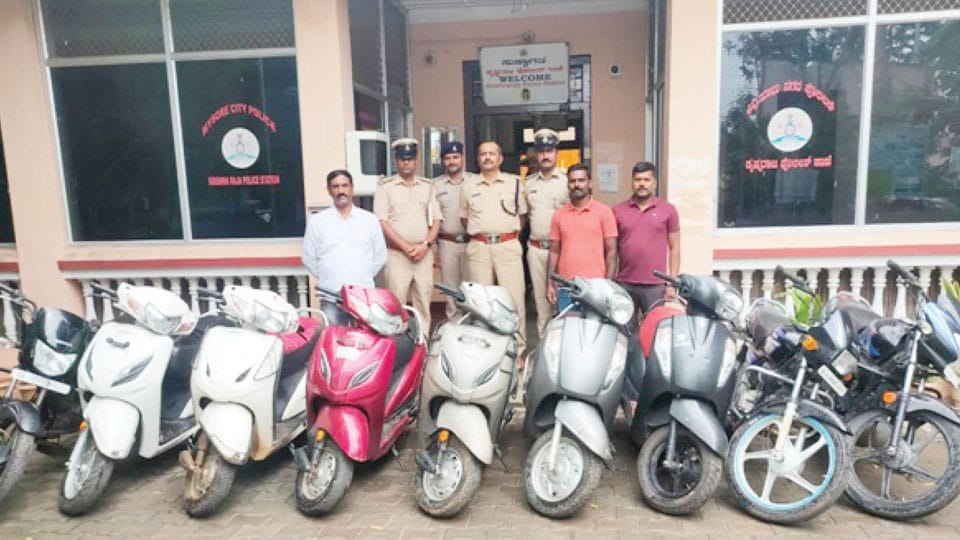 Mysore/Mysuru: Krishnaraja (KR) Police, on July 4, have arrested two vehicle-lifters and have recovered nine two-wheelers of various models from them. Following their arrest, the Police have solved one case each in Krishnaraja, Devaraja and Lashkar Police Stations and six cases in Nazarbad Police Station.