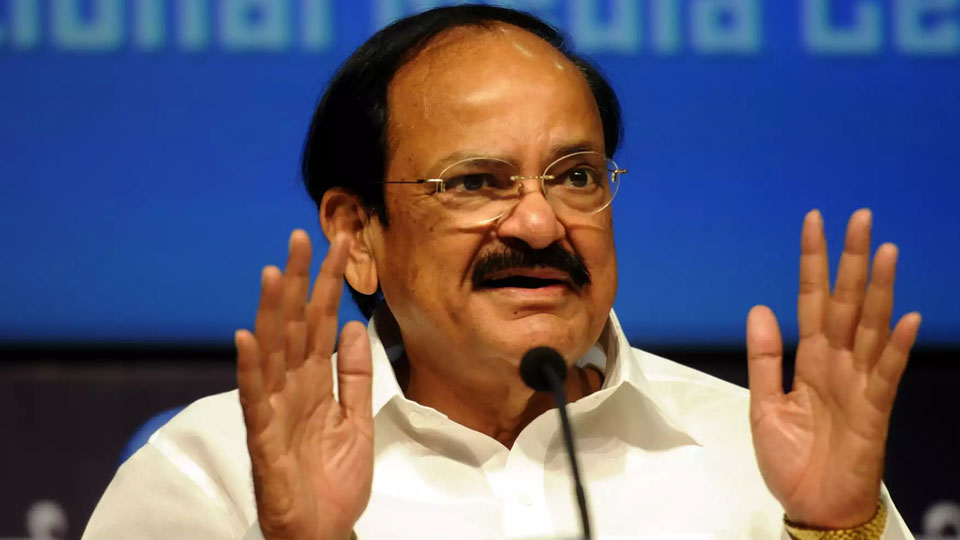 Vice-President in Mysuru on Aug.28

He was addressing a press conference along with JSS Mahavidyappetha Secretary Manjunath at Rajendra Bhavan here this morning and said that Governor Vajubhai Rudhabhai Vala will preside over the event.

On the occasion Sri Chennaveera Deshikendra Gurukul built at a cost of nearly Rs.5.50 crore will also be inaugurated by Vice President Venkaiah Naidu, said Dr. Betsurmath. Realising that the Matadhipathis needed an understanding of both the traditional and modern outlook, Sri Shivaratheeshwara Gurukul’ was set up in Mysuru in 1951, he added.

The JSS Institutions has taken all steps to install solar panels on all its buildings to generate electricity.

The event will also feature pratibha puraskar for meritorious children of JSS Institutions’ employees, prize distribution to winners of debate contest and distribution of scholarship to talented students, he said.

As part of the Jayanthi celebrations there will be 50 per cent rebate on sale of JSS institutional books until Sept.30, he said.