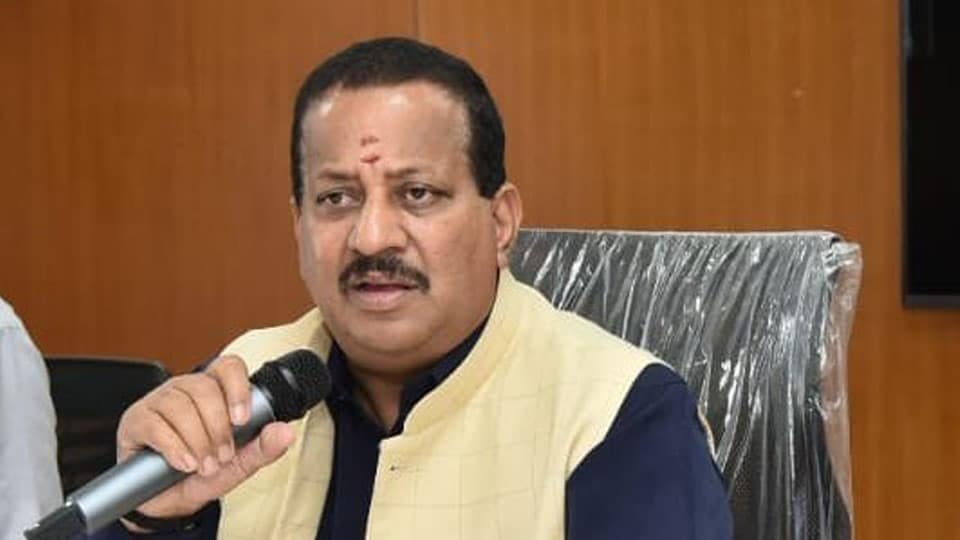 Bengaluru: A major controversy has erupted in Karnataka after the emergence of some videos, which feature Congress leader Belur Gopalakrishna and have voices of two men who are purportedly talking about plans to get BJP MLA S.R. Vishwanath killed. The Police have started investigation after Vishwanath lodged a complaint.

Karnataka Home Minister Araga Jnanendra said Vishwanath has spoken to him and that the Government will consider providing security to the MLA. Bengaluru City Police Commissioner Kamal Pant said investigation is going on and the guilty will be punished. The Crime Branch of Police has summoned Devaraja and has taken him to an undisclosed location for interrogation.

The videos, said to have been made six months ago, have conversations in Kannada language. The clippings feature Gopalakrishna and one Kulla Devaraja, who is said to have shot the videos. It is not independently verified whether the voice in the videos is that of Gopalakrishna, who could not be reached for his comments as his mobile phone was switched off. Interestingly, Vishwanath said he was told about the alleged ‘plot’ by Devaraja, who claimed to have refused to execute the “plan”.

What’s in the clipping?

In one of the clippings, the Congress leader purportedly tells Devaraja, “I will not mind spending Rs. 50 lakh to Rs. 1 crore but we will finish off Vishwanath. I will make arrangements for the ‘supari’ from a rich person and make a plan to finish him off.”

Devaraja also hears: “The MLA visits his farm house every day between 6 am and 7 am. At that time, the MLA will be alone and that is the good time to finish him off…. But my name should not appear anywhere. If you succeed in executing the plan, I will give you more money. If not, you have to return the advance.”

“…The plan should be executed with precaution. Don’t hurry. Take your time. Even if it takes you six months, so be it, but execute the plan carefully by gathering the boys.” Devaraja is also purportedly told that the killers would be saved with the help of Deputy Commissioner, Assistant Commissioner, Police Commissioner and even the Chief Secretary.

Responding, Devaraja is purportedly heard saying, “The boys will have to be filtered and they should not be having liquor and ganja with them. There are three teams, out of which we will select one to execute the plan… “I will arrange for boys from Andhra Pradesh who are right now in Puducherry. I will also hire sharpshooters . We have to make arrangements for their stay. If you say yes, pay me some money in advance.”

In the second video, Gopalakrishna is seen giving wades of currency to Devaraja, telling him purportedly that the amount is Rs. 20 lakh advance. In the third video, Devaraja is heard saying that “the boys had visited Vishwanath’s farm house at 7 am, but returned after not finding anyone there.” A reply comes: “It is okay. Wait for one or two days more and finish the job… ” In the fourth video, Devaraja purportedly asks the Congress leader to give him more money as advance. In reply, he hears: “You have not executed the plan yet … After you execute it, I will give 100 times more than what I had given you as advance.”

Taking cognisance of the video clippings, Vishwanath lodged a complaint with Rajanukunte Police Station. Addressing a press meet, Vishwanath said he has spoken to Chief Minister Basavaraj Bommai and sought a thorough investigation.

Vishwanath alleged that the potential assassins were hired from Andhra Pradesh and stayed at Shreyas Hotel in Yelahanka. He also said that the threat on his life was looming large from the past few years.