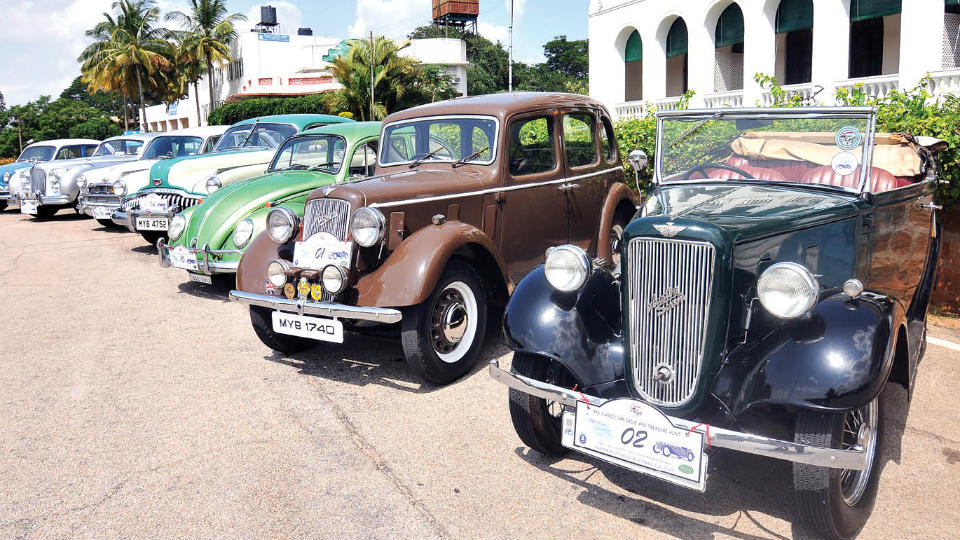 Mysuru: A group of 20 members from Karnataka Vintage and Classic Car Club, Bengaluru, drove into the Royal Orchid Brindavan Gardens Hotel at Krishna Raja Sagar (KRS) reservoir yesterday with their vintage beauties for a get together.

The families of 20 members of the Club left Bengaluru at about 7 am yesterday and reached Brindavan Garden at about 1.30 pm. They were accorded a traditional welcome with a ‘tilak’ and a garland, amidst the beating of native drums and were offered tender coconut as a welcome drink. 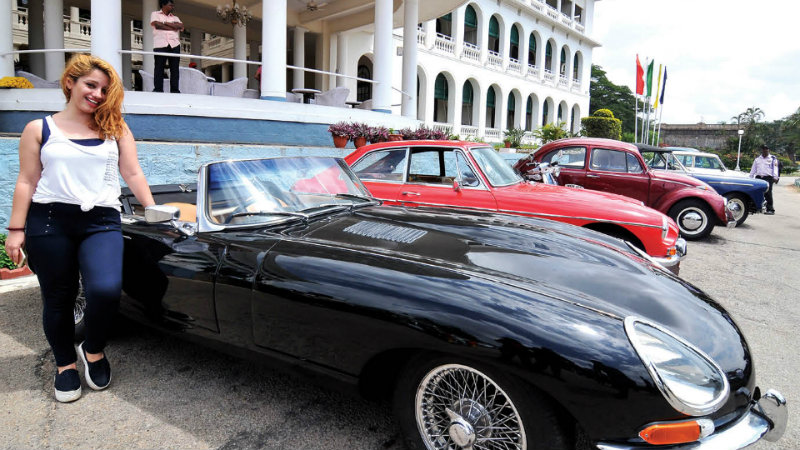 A Lambretta scooter and a Royal Enfield motorbike had accompanied the cars. While Austin topped the list with three models, there were two each of Volkswagen Beetle, Jaguar and Fiat cars and one Buick Eight of the General Motors.

Most of the cars have been retained in original shape without any modifications except for a few paint touch-ups and polishing to retain the originality   and most of the cars run a bit slow when compared to  modern day cars.

Some of the cars developed problems en route and were fixed by expert mechanics who had accompanied the club members. However, three cars could not complete the journey as they developed major snags. The members, who stayed overnight at the hotel, left for Bengaluru this morning.