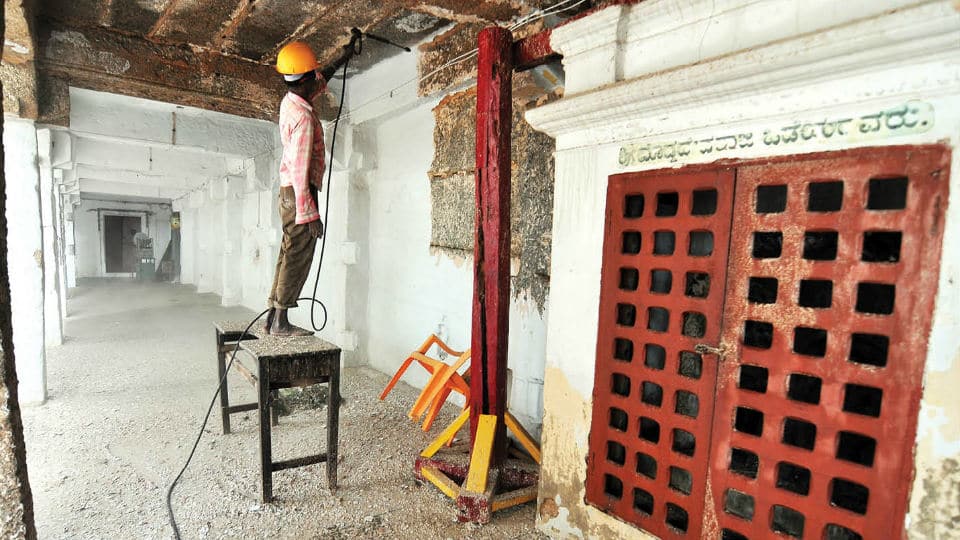 City braces up for September Dasara

Mysuru: With 54 days remaining for the Dasara Navaratri to commence, the city is getting spruced up for the annual grand affair. This year’s Dasara will be a perfect blend of simplicity and grandeur and will be celebrated from September 21 to 30 and the State Government has promised to release Rs. 13.5 crore for the event.

Along with roads, this time, historical temples, most of which are in the premises of Mysore Palace, will get a facelift and renovation works have already begun. The renovation and rejuvenation works are being taken up jointly by the Muzarai Department and the Department of Tourism. Along with the iconic Palace, the District Administration is planning to draw more tourists to these temples that have elaborate history. 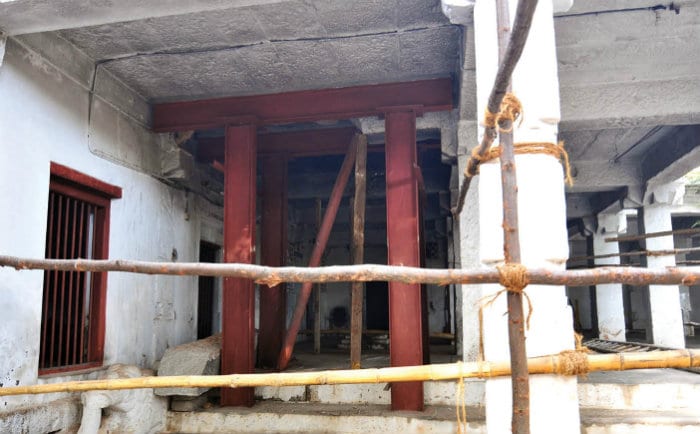 The renovation and rejuvenation works are being taken up jointly by the Muzarai Department and the Department of Tourism.

The District Administration has taken up the restoration works of Trinayaneshwara or Trineshwara Temple that is in a dilapidated condition. The works include supporting the existing old pillars with new pillars, supporting the entrance arches and cementing cracks. The immediate surroundings of the temples are being beautified with new walkways and inter-locking cement slabs.

Speaking to Star of Mysore, Deputy Commissioner D. Randeep said that in all, 11 temples will be renovated. While the Muzarai Department has taken up the renovation of 7 temples at an estimated cost of Rs. 2.9 crore, the Tourism Department will take the responsibility of repairing 4 temples at a cost of Rs. 1.80 crore.

Likewise, the Muzarai Department will take up the restoration works of Lakshmi Venkataramana Swamy Temple, Panduranga Temple, Lakshmiramana Temple, and Gayathri Temple inside the Palace premises. Along with these temples, the Rajagopura of the Lakshmiramana Temple will be renovated. Plans are also on to take up developmental works of Kote Maramma Temple, Anjaneya and Ganapathi Temples, Nandi Temple atop Chamundi Hill and also the Kama Kameshwari Temple on the Ramanuja Road. 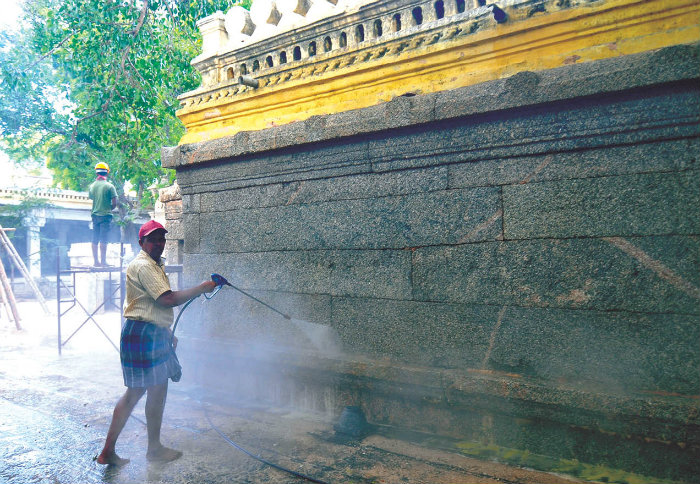 Major roads in Mysuru will be spruced up at a cost of Rs. 55 crore under the Chief Minister’s Special Grants. The roads include KRS Road, Bogadi Road, New Kantharaj Urs Road, JLB Road, Kuvempunagar Double Road, and Bengaluru-Mysuru Road (from Millennium Circle to Columbia Asia Hospital).

Over 250 works have been taken up including repairing and asphalting, pothole filling, setting up medians and footpaths, painting of medians and laying of tiles to footpaths.

Traffic signals at all 52 prominent traffic junctions will be modernised and smart signal lights by the end of August. These signals will automatically change lights (red, yellow and green) based on the density of the traffic on a particular stretch. The new signals will replace the existing ones.

The new system that is being installed at a cost of Rs. 4 crore will reduce the delay and also adapt to fluctuation in   traffic flows.