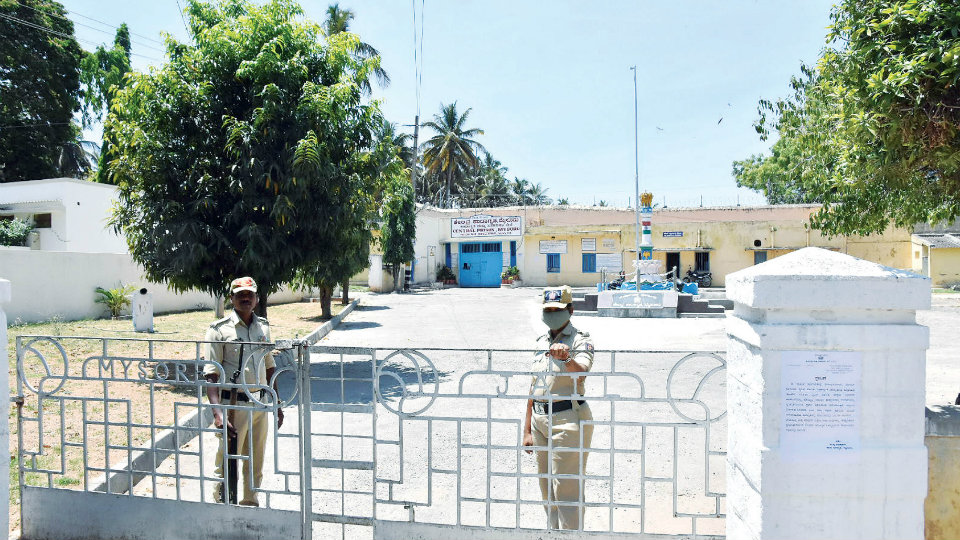 Mysuru/Mysore: Family members of inmates, visitors and advocates are banned from entering Mysuru Jail since yesterday and a notice in this regard has been put up at the entrance to the jail.

Disclosing this to Star of Mysore, Chief Superintendent of Mysuru Central Prisons K.C. Divyashree said that two isolation cells have been created at the prison premises with three doctors, lab technicians and para-medical staff who are provided with masks.

Continuing, she said that advisory handbills given by the District Administration has been pasted in all cells and thermal device is being used for screening.

Precautionary measures to be taken is being announced regularly through the public address system and the three doctors have been in-charge of the isolation cells which have been provided with all necessary facilities, Divyashree added.