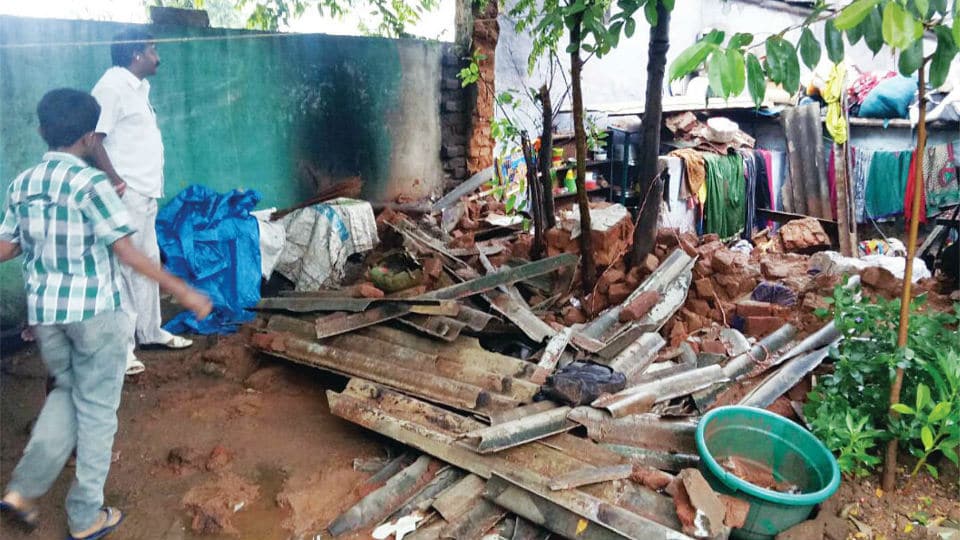 Mysuru: Rains lashed the city continuously from evening of Monday and yesterday, claiming the life of a man in city. The heavy downpour also played spoilsport rendering the Independence Day celebration a damp squib.

The 42-year-old man, identified as Madhandhar alias Magy, a worker in a meat shop, died when the wall of his house collapsed, while he was asleep at Gandhinagar in the wee hours of Tuesday.

The incident occurred when the drainage water flooded around is house and the wall collapsed. The Fire Department Officials were  summoned and they rushed the seriously injured Magy to a hospital. However, he did not respond to treatment and succumbed. A case has been registered at NR Police Station. More than average rainfall in August

The city has experienced nearly 156 mm rainfall already in the month of August, while the average rainfall is 61 mm. Speaking to Star of Mysore, Naganahalli Organic Farming Research Station Nodal Officer Dr. C. Govindaraju said, “The Research Station here recorded 111 mm rainfall on Tuesday morning and 25 mm on Wednesday morning. These are the rains recorded for Monday evening and yesterday. It is almost a 200 per cent increase, while the 50 years average is 61 mm.”

Cloud-seeding on hold: According to Dr. Govindaraju, the heavy rainfall is not due to cloud seeding as it has been kept on hold. The Govt. is now thinking of introducing it on August 18. However, the Government has still not got permission from the Centre for cloud-seeding. 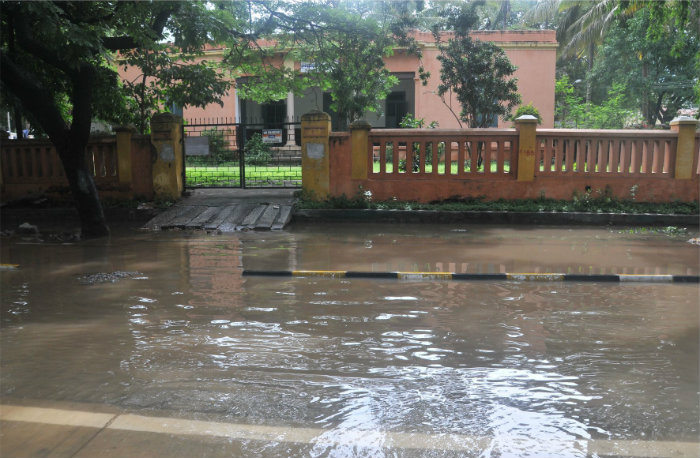 Normally, this rain was expected during the months of June and July in South Interior region Karnataka, Andhra and Kerala but it had not occurred. However, there was 61 mm rain in West Rajasthan, a desert region from June 1 to July 25. There is a little deficit here (Mysuru) while the Rayalseema region had very good rainfall, he said.

No rain in Kodagu: However, there is no rain in Kodagu, which is the catchment area and only when it rains there will the KRS water level increase, he said and added, the rainfall in Chamarajanagar was 18 mm, while in Mandya it was 66 mm.

In Bengaluru yesterday, the rainfall in few areas ranged from 100 mm to 180 mm, said Dr. Govindaraju. More rain is expected in the next one week in Mysuru District and if it continues then the drought situation will ease, he added.