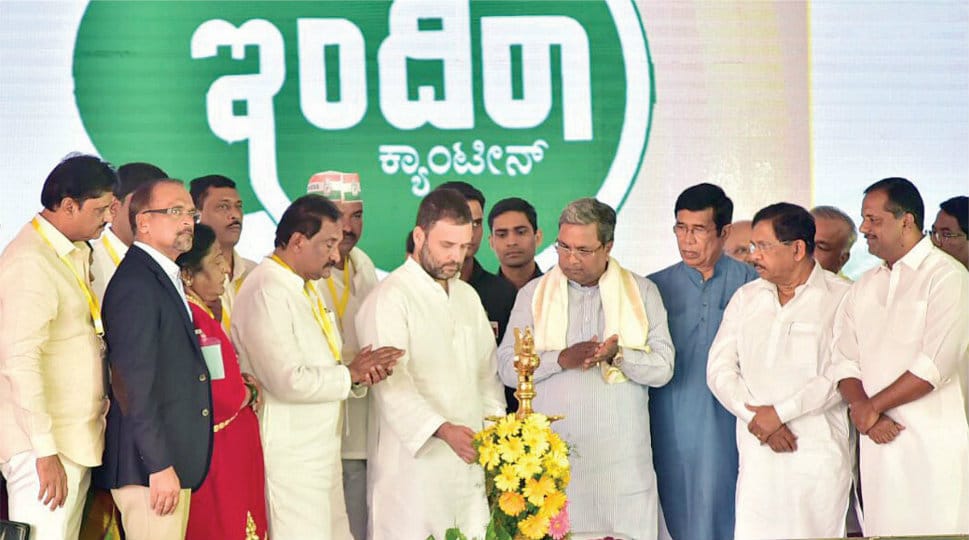 Briefly addressing the gathering and lauding the efforts of the State Government, Rahul Gandhi said that this unique initiative of the Congress government in Karnataka to serve affordable food, will greatly benefit the urban poor, the coolies and the downtrodden sections of the society to appease their hunger at very low cost.

Rahul Gandhi, who arrived at the Kempegowda International Airport at 10 am, was received by Chief Minister Siddharamaiah and other Congress leaders. From the airport, he drove straight to the venue.

The ‘Indira Canteen’ will serve breakfast at Rs. 5 consisting of idlis or chow-chow bath (khara bath and kesari bath) depending on the day’s menu and lunch and dinner at Rs. 10. On the first day, the dinner will be served free in all the canteens. 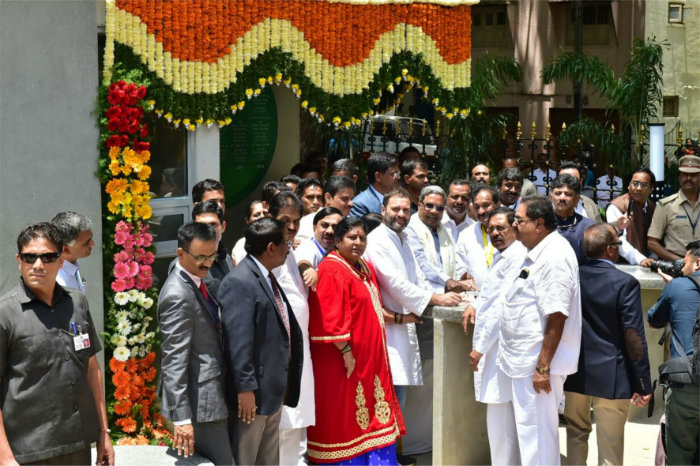 Kanakanapalya comes under the Chickpet Assembly constituency and it is a stronghold of  the Congress. Hence, it was  decided to launch the ‘Indira Canteen’ from this area.

Rahul Gandhi, who is on a whirlwind tour of the city, after visiting a Congress worker’s house in the nearby area, drove to the National College Grounds in Basavanagudi to address a public rally.