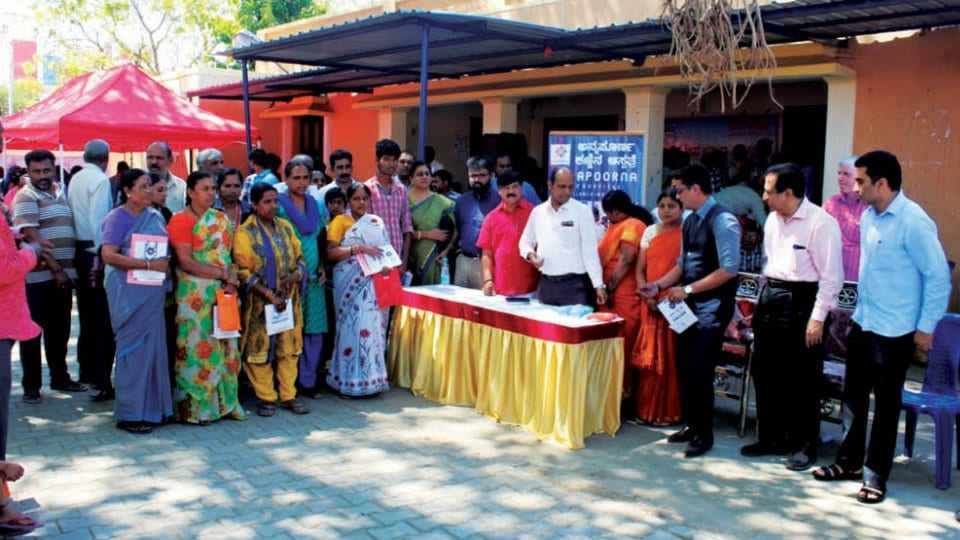 Mysuru: As part of the campaign ‘War against Cancer’ launched by MLA S.A. Ramdas, the 7th free ‘Arogya Mysuru’ health check-up camp was organised at CITB Choultry in Siddarthanagar here on Sunday. About 2,400 people of Ward 52 and 53 were screened for various ailments.

Sanction letters of Government Social Security Schemes like pension for widows, disabled, old age people and aid from CM’s Relief Fund for treatment of major diseases were distributed to                           the beneficiaries.