Home » News » Water release from KRS: No boating at Ranganathittu 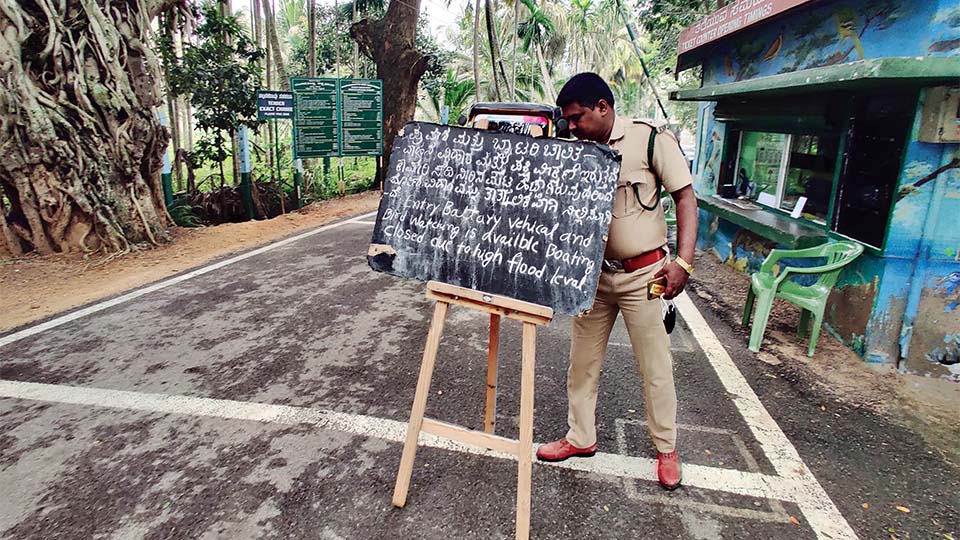 Water release from KRS: No boating at Ranganathittu

Srirangapatna: Following increase in the inflow of water to Krishna Raja Sagar (KRS) Dam since the last three days, the same quantity of water is being let out to Cauvery River from the Dam which has increased the water level of the river.

Range Forest Officer (RFO) — Mysuru Wildlife Range — K. Surendra, speaking to Star of Mysore this morning said that the boating service at the bird sanctuary was temporarily suspended on Nov. 5 following rise in water level of Cauvery River. But battery-operated vehicles are available and bird-watching activity is going on and only the boating service is temporarily suspended till the water level recedes, he added.

The KRS authorities, who are maintaining the maximum level of 124.80 ft are releasing excess water which is flowing into the Dam from the catchment areas which are witnessing good rains since a couple of days, resulting in increased water flow to Cauvery River.

The Forest Department authorities have put up a board at the entrance of the Bird Sanctuary, near the ticket counters, informing the tourists about the temporary suspension of boating service.

Ranganathittu Bird Sanctuary is located on the banks of River Cauvery downstream of the KRS reservoir near Srirangapatna and once water is released from KRS Reservoir, it gushes downstream resulting in the increase of water level of Cauvery River in the sanctuary.

The Forest Department, keeping the safety of tourist lives in mind, have temporarily suspended the boating activities. Boating activities will resume once the water level decreases and remains stable.