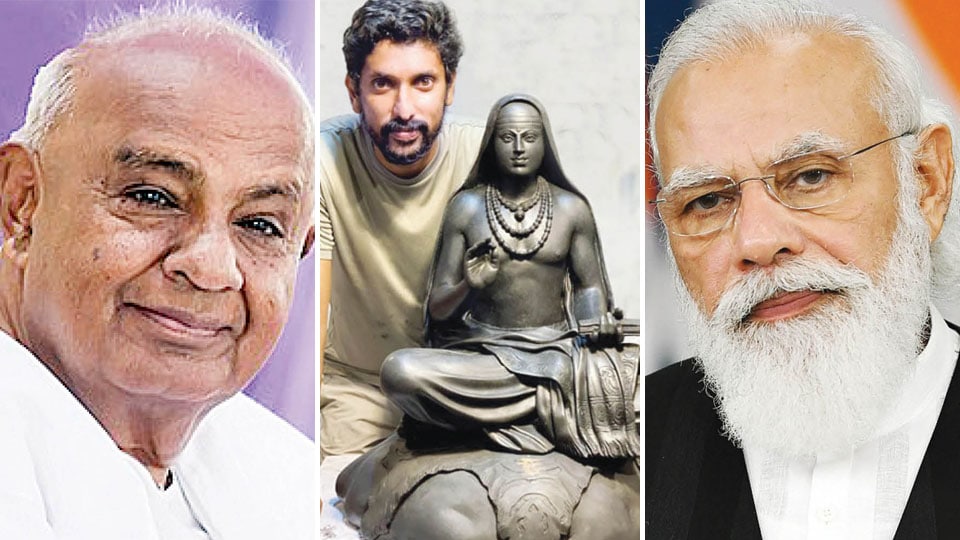 Here is the text of the former PM’s letter:

“I was deeply moved to see the very impressive black schist statue of the great saint Sri Adi Shankaracharya being unveiled by you in Kedarnath, on November 5. I congratulate you for the dedication you have shown to the transformation of the holy site.”

“I have long been an ardent follower of the Sri Sringeri Sharada Peetham or the Sringeri Math in Chikmagalur district of Karnataka. As you are aware, it is among the four cardinal centres established by the great saint.”

“What has particularly attracted me to the Sringeri Math is its inclusiveness. It has been a spiritual counsellor across the centuries to many rulers and kingdoms. As much as the Wodeyars, the Peshwas, the Keladi and Travancore rulers benefited from the Math, Mysore kings Hyder Ali and Tipu Sultan as well as the Nizam of Hyderabad have immensely gained from their devotion to the Math and the wise counsel it offered.”

“The glorious tradition of the Math’s guidance has continued to the present day. The Sringeri Math, personally for me, has been a refined symbol of inter-faith harmony. I am indebted to the blessings I have received all through my life from this very sacred seat of God.”

“I wish to soon visit Kedarnath to see the newly installed statue of the great saint. It is also a matter of great joy that the statue was sculpted by a Mysore sculptor — Arun Yogiraj. I also learn that the black schist is from H.D. Kote in Mysore district of Karnataka. There is so much of Karnataka connection in this endeavour. It is all divinely arranged. May the grace of the almighty be on you.”