Home » News » We have sent all documents sought 15 days ago: DC 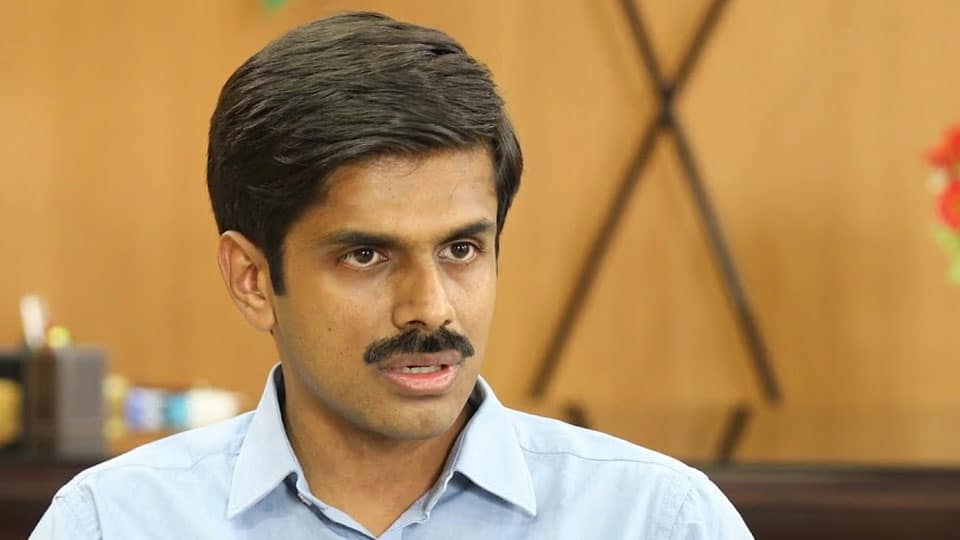 We have sent all documents sought 15 days ago: DC

Mysore/Mysuru: Confirming that the Principal Secretary of the Revenue Department had written to him seeking  full information on all the litigants and the objective of their petitions regarding Kurubarahalli Survey No.4, Mysuru Deputy Commissioner (DC) Abhiram G. Sankar said that all information sought  by the Department has been despatched to the Government along with supporting documents.

Speaking to Star of Mysore this morning, Abhiram Sankar said that he had received a letter from the Revenue Department Principal Secretary fifteen days ago, which sought complete information regarding the legal hurdles and the litigations in connection with Kurubarahalli Survey No.4 land, which has been classified as  B-Kharab land (Government land).

The Mysuru District Administration, after collecting all the information sought, sent it to the Government along with the supporting documents without wasting any time, he said and added that his Office had not received any letters regarding the issue in the past few days.