Home » Sports » What a Kick!: City’s futsal player makes it to Italy 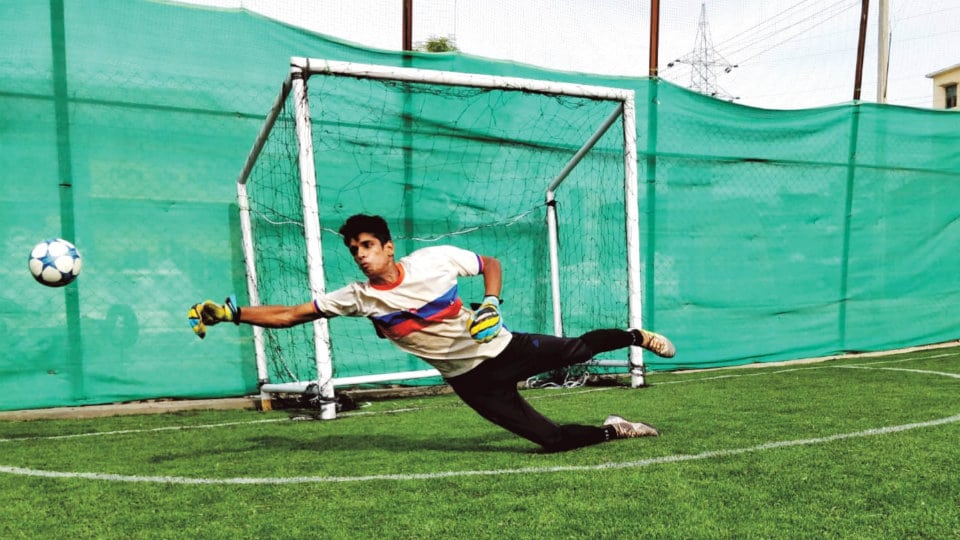 What a Kick!: City’s futsal player makes it to Italy

His travel to the Rome — the eternal city, from cultural capital Mysuru is sure to be a big leap for this talented futsal player who is gearing up to visit Italy in a year to come.

Though, not much is known about futsal in our city, Yashwanth Kumar, a resident of N.R. Mohalla, has been successful in being recognised in a country like Italy, where the game is very popular.

A student of 4th year Mechanical Engineering at Vidyavardhaka College of Engineering (VVCE), Yashwanth started to play futsal when he was studying in 8th std. His passion for the sport was so intense that he not only made into Kerala and Karnataka Futsal teams but also donned the Indian Futsal jersey.

Speaking to Star of Mysore, Yashwanth said that he was passionate about football since his childhood but was drawn towards futsal after watching football greats like Cafu, Ronaldinho, Ryan Giggs, Paul Scholes, Salgado and others stepping on to the fustal ground. Having played in the Premiere Futsal League, Yashwanth has now managed to bag a two year contract from one of the Premier Futsal teams in Italy. He will now play in Italian Serie B league for two season starting from 2020. This talented goal-keeper also took part in Serie B League held earlier this year.

“I will be heading to Italy as soon as I complete by Engineering. There I wish to improve my skills by playing along with some of the best in the game,” said Yashwanth.

It was not a cake walk for Yashwanth to get into the Premiere Futsal League. After being selected in Bengaluru trials in which a total of 300 players took part, he had to again fight it out with around 320 players who had been hand-picked from Chennai, Mumbai, Kolkata, Delhi and other major cities across the country. Finally, after putting a lot of hardwork and struggle, Yashwanth was able to make it to the final 40-member team.

The city’s futsal player credited the management of VVCE for providing him Rs.One lakh sponsorship to visit Italy to play in Serie B League. Yashwanth lives with his parents N. Kumar, an entrepreneur and mother N. Roopa, a home maker.

For those who are not aware, Futsal is a variant of Association Football played on a hard court, smaller than a football pitch and mainly indoors. It can be considered a version of five-a-side football. Futsal is played between two teams of five players each, one of whom is the goalkeeper.