Home » News » Where have the ubiquitous house sparrows gone ? 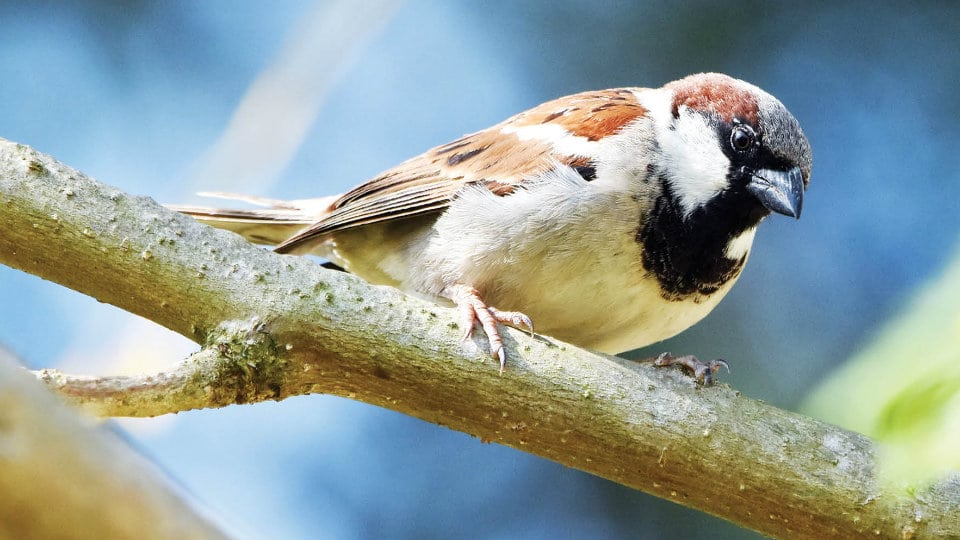 Where have the ubiquitous house sparrows gone ?

Mysore/Mysuru: Tomorrow is World Sparrow Day-2020. It is a day for the house sparrow — to convey the message of conservation of sparrows and other common birds and also is a day of celebration to appreciate the beauty of the common biodiversity which we take so much for granted.

The house sparrow was once the most common bird but in the past few years, this bird has been on the decline over much of its natural range, both in the urban and rural habitats. Sparrows are one of our oldest winged companions.

Lack of trees — their natural habitat — lack of food or water, pollution, change in agricultural practices, and electromagnetic radiation released by mobile, internet and TV signals are some common reasons that have vanished these little birds from urban India.

The objective of World Sparrow Day is to educate the public about the threat of polluted urban environments. The idea came out of an informal conversation in the office of the Nature Forever Society of India. The conservation initiative took hold with members of the organisation and now the day is celebrated across the world on Mar. 20.4

The impact of World Sparrow Day has been significant as it has given people a network where they can work together and exchange ideas about conservation. This exchange of ideas is crucial for improving the information surrounding house sparrows and other common bird species. The brain behind World Sparrow Day is Mohammed Dilawar and the Time Magazine had named him one of the 30 most influential environmentalists in the world, a “Hero of the Environment”, in 2008.

In Mysuru, there will be no formal or informal bird-watching or sparrow-watching session in the wake of Coronavirus scare.

Speaking to Star of Mysore this morning, city’s avid bird-watcher and naturalist D.H. Tanuja said that the World Sparrow Day was significant. “It is a potential opportunity to make a positive difference to the fate of the house sparrow, whose numbers are declining. The event helps attract the attention of Government agencies and the scientific community to take notice of the need for conserving of this common bird species and urban biodiversity,” she said.

Habitat loss due to human lifestyle

“One of the key reasons for the decline of house sparrows is our changing urban lifestyle, which causes habitat destruction. Sparrows prefer to live in crevices and holes of man-made structures like the tiled houses rather than naturally occurring nesting sites in forests or woodlands. Modern buildings often made of glass facades, RCC structures or inaccessible houses that are devoid of cavities that provide a suitable nesting space for the sparrow. Still many sparrows can be found in Mysuru in areas like Vijayanagar, Bogadi and Shivarampet where there is a concentration of rice mandis,” she explained.

“Access to food is another problem for the house sparrow which thrives on high-protein diets comprising insects, grains, seeds and food crumbs left by humans. Earlier our elders used to dry wet grains, washed rice and wheat in front of our houses and the sparrows used to flock over them for a quick bite. Also, traders used to clean grains in front of their shops earlier. Now everything is mechanised and stocked up in malls and supermarkets and we are losing out on sparrows. Also, pesticide spraying too has taken a toll,” she said.

One of the ways one can help increase the sparrow population is placing bird feeders in any open space and stock it up with grains like rice, wheat bajra and oats. One can also keep bird baths filled with fresh water, especially during the summer. If possible people can provide nest boxes with easy access. It can take up to a fortnight for the hungry birds to start coming in.

“Sparrows have been associated with human habitations since a very long time. But with increasing urbanisation, they’ve lost out on food sources as well as traditional nesting spaces, in cities. Unless this changes, sparrow populations in urban areas may not recover,” says Abhiram G. Sankar, Mysuru Deputy Commissioner, who is also a naturalist.