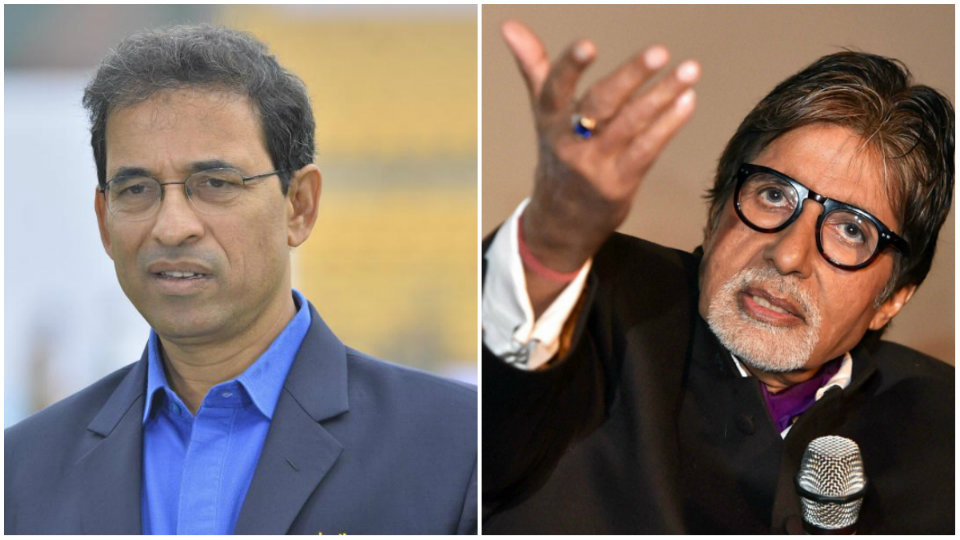 Almost a year ago, Harsha Bhogle was “sacked” from the Indian commentary box and nobody knew the reasons behind this particular action. Harsha himself was terribly cut-up about this ‘rather cruel’ action.  We could not possibly accept this ridiculous action on a guy who was an extremely good commentator. However, things settled down over time and we did not miss Bhogle as much as we thought we would. Bhogle himself was going great guns on his private video blog ‘Cricbuzz’.

This week, we see a newspaper report blaming Amitabh Bachchan as the one who was responsible for Bhogle’s sacking.  After thinking about it fairly deeply, I came to a personal conclusion that this was impossible because Amitabh being Amitabh would never have tried doing something so low like this. Bhogle has separately tweeted with Bachchan and is fairly convinced of the explanations given by Big B.

But Harsha Bhogle has made a statement that “it is not imperative for a commentator to be a former player”.  I would never agree with this because personally, as a retired commentator of 40+ years on radio and television, I am totally convinced that the quality of cricket commentary has improved in leaps and bounds.  Today, the level of a ball-to-ball commentary description is fantastic.

Ravi Shastry, Sunil Gavaskar, Sanjay Manjrekar, Shivaramakrishnan, etc, etc, etc, could never have been equalled by any of the commentators who did commentary with me (including me)! Except probably Anant Setelavad and Harsha Bhogle himself!  Comparatively our commentary levels then were atrociously low.  I somehow managed to earn a fairly good reputation because of my wide theoretical knowledge about cricket and an ability to use English language intelligently.  However, the present quality inside the commentary box is really, really good.