Home » Columns » Why mourn the Queen? 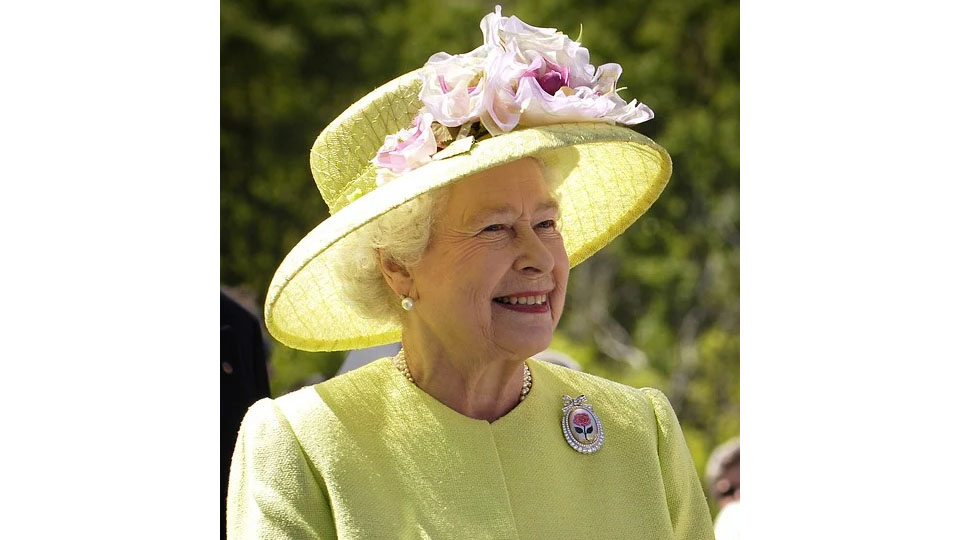 Why mourn the Queen?

The British Queen is dead. She was the representative of one of the most cruel empires. Yet, basic human decency requires us to express our condolences. However, the Indian Government and some Indians went overboard with condolence, making us look subservient.

If you happen to read ‘Legacy of Violence: A History of the British Empire’ by Pulitzer-winning history Professor Caroline Elkins or Shashi Tharoor’s ‘An Era of Darkness: The British Empire in India’ you will get a glimpse of the havoc the British wreaked on the Indian subcontinent and its other colonies. The essay series by Economist Utsa Patnaik lays bare the economic loot of India by the Empire.

That said, any self-respecting Indian would cringe seeing how our Government mourned the British Queen.

The Indian Government declared September 11 as ‘State Mourning’ throughout India, and an official statement said that this was done as ‘a mark of respect to Her Majesty’.

Article 18 of the Indian Constitution abolishes titles such as Maharaja, Highness, Majesty, etc. Why, then, does the Indian Government, in its official statement, feel the need to address the Queen as ‘Her Majesty’? She is the Britishers’ Majesty. We don’t have it in independent India.

Well, one must admit that even the Indian media and educated Indians, while addressing former members of princely Indian families, words like ‘Your Highness’ and ‘Majesty’ often creep up.

On Sunday, the Indian flag was lowered to half-mast at the Red Fort and Rashtrapati Bhavan. And if India declaring a state of mourning for the British Queen wasn’t embarrassing enough, the illumination of the Mysore Palace too was cancelled that day!

The BJP Government deploys words like “swadeshi”, “swaraj” and “swabhiman” to claim a monopoly over patriotism.

This Government loves to change the anglicised names of our cities; another effort to erase the remnants of British rule. But now, without hesitation, it declares “State mourning” for the head of an empire that unapologetically distorted the names of our cities repeatedly.

Earlier this month, during the commissioning of India’s first indigenously built aircraft carrier INS Vikrant, the Prime Minister also unveiled a new Navy ensign, Nishaan, replacing the Colonial Saint George’s Cross. After unveiling the new ensign, the PM said the country has now taken off a “burden of slavery.”

Now, just a few days after speaking about shedding symbols of slavery and installing a statue of Subash Chandra Bose, the man who wanted to wage war on the British Empire to free us, this Government declares “State mourning” for a British Queen! It’s bewildering.

The Prime Minister said, “I believe we should respect the dead and that despite all the horrible past of colonisation and other human rights violations, the Queen deserves a dignified final adieu.”  Yes, the dead deserve a dignified farewell, and Heads of State, as per protocol, can express their condolence, but why should this nation and its people officially mourn her death?

Some say let’s mourn the Queen, not the Empire. But without the Empire, she wouldn’t be Queen. So whether we like it or not, she is the head of the British Empire, a head who never once apologised for the sins of her fathers.

When Queen Elizabeth II came to India in 1997, everyone thought she would apologise for the atrocities committed in India.

All she said was, “It is no secret that there have been some difficult episodes in our past — Jallianwala Bagh, which I shall visit tomorrow, is a distressing example. But history cannot be rewritten, however much we might sometimes wish otherwise.”

Indeed, history cannot be rewritten, but an apology is a way to acknowledge that what happened should never have happened. So, why didn’t she apologise? Money issues — reparations.

The proof of this came when the then UK Foreign Office Minister Mark Field said, “There may well be financial implications to making an apology.”

Worse is what happened after she visited Jallianwala Bagh memorial. On the way out, Prince Philip, her husband, stopped to query an official.

It seems he did not believe India’s claim about the number of people murdered at Jallianwala Bagh. He asked: “Two thousand? It wasn’t, was it? That’s wrong. I was in the navy with Dyer’s son (Col. Reginald Dyer ordered the firing at Jallianwala Bagh). That’s a bit exaggerated…it must include the wounded.”

That’s how insensitive the British Monarchy is about its atrocities. And the Government declares a State mourning for the Head of that Monarchy? And our President is going to her funeral too! Why?

When most young Britishers, who should be grateful to their Monarchy for the loot and pillage that has kept their cold little Island wealthy, don’t particularly care for them, why should India? In fact, the present Prime Minister of England Liz Truss had said, “I am not against any of them (the royals), I am against the idea that people can be born to rule… I think it is disgraceful.”

Have we forgotten the atrocities the British heaped on us — from killing millions over 200 years — starvation and famines, partition, slave trading, hanging and rampant shootings?

It’s been 75 years; we’re old enough to stand up to the world’s Empires and strong enough to treat them with a sense of indifference when necessary.

We need to wake up from our subservient slumber, for if we don’t respect ourselves, others don’t have a reason to. As Gandhiji said, “…every man or woman, however weak in body, is the guardian of his or her self-respect and liberty.”

8 COMMENTS ON THIS POST To “Why mourn the Queen?”