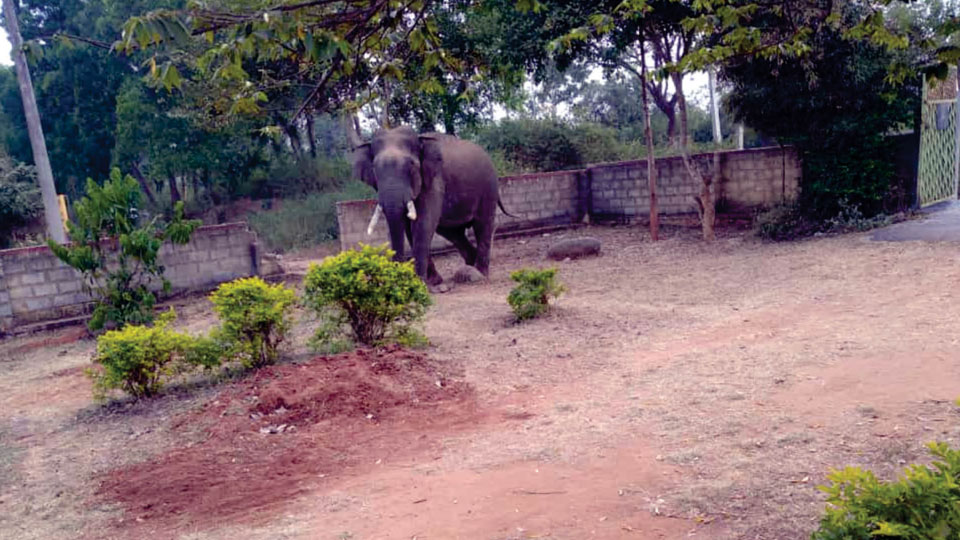 Hunsur: A wild elephant has killed a 50-year-old man at Veeranahosahalli Forest Range in Nagarahole Reserve Forest at about 9 pm yesterday. The deceased has been identified as Rajesh, a resident of Kolavige village in Veeranahosahalli.

Yesterday at about 9 pm, Rajesh had gone to the backyard of his house to fetch fodder to the cattle, when the wild elephant, which was feeding on ragi crops close by, attacked Rajesh and killed him.

Meanwhile, about 2,000 villagers, who assembled at the spot this morning, staged a protest demanding the Forest officials to safeguard their lives and also demanded the Forest staff to summon the Deputy Conservator of Forests (DCF) to the spot. When the staff told them that the DCF had tested positive for COVID-19, the villagers demanded the staff to summon any of the higher Forest officials to the spot and get their problems solved.

Meanwhile, the wild elephant, which had killed Rajesh, had stayed put in Nagapura Government School premises and the Forest staff were trying to chase the elephant back to the forest. The elephant had damaged a couple of two-wheelers belonging to farmers and the school has been closed.

Hunsur MLA H.P. Manjunath, who arrived at the spot, heard the grievances of the villagers and assured of getting their problems solved at the earliest.

He later handed over the compensation cheque ofRs. 2 lakh to the family member of the deceased.