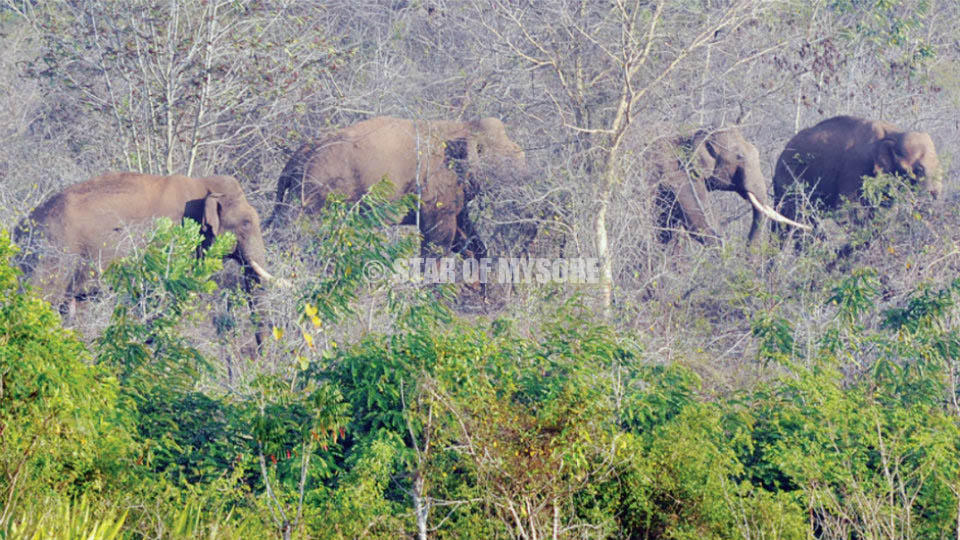 A herd of wild elephants, which had strayed into human habitation in the forest fringes in search of food and water, have destroyed ragi and maize crops besides destroying banana plantations.

It is reported that the heard of wild elephants, consisting of six tuskers, had strayed into the fields near Gurupura from Nagarahole Reserve Forest on Monday and had stayed put in the maize field since early morning. 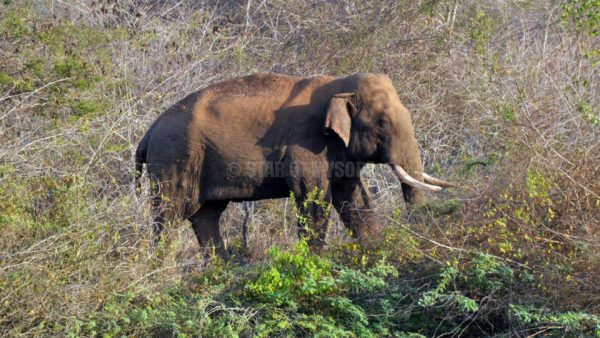 Later, the Forest personnel, with the help of villagers succeeded in driving the elephants back to the forest in the evening.

Meanwhile, the Forest Department personnel after driving the elephants back to the forest, made announcements through public address system asking the villagers to be careful and not to go to their fields.