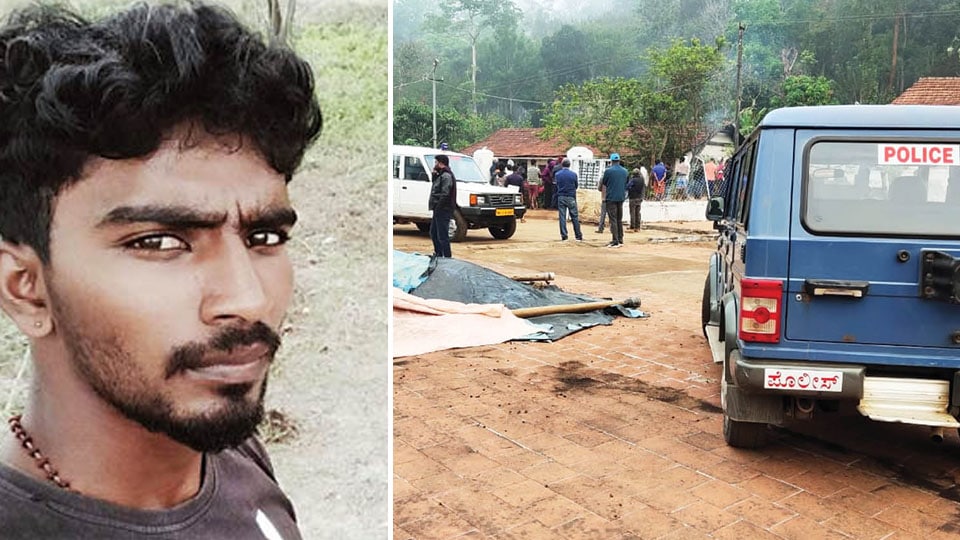 Virajpet: Close on the heels of tigers spreading terror ion South Kodagu, an estate worker was trampled to death by a wild tusker at Siddapura village in Virajpet taluk. The incident occurred last night and the elephant had entered a coffee pulping yard after breaking open the iron and aluminium mesh wire boundary fence.

The victim has been identified as 22-year-old Sandeep, working at the estate of BBTC Company at Beetekaadu Estate. He was guarding the pulping yard along with another worker Raju when the elephant suddenly barged into the yard after breaking the iron fence. The tusker trampled Sandeep to death, who was in deep sleep and luckily, Raju escaped from the attack as he woke up hearing the screams.

Villagers and other estate workers who visited the spot took the forest officials to task. They demanded a permanent solution to the menace as the elephant driving operation by the Forest Department was proving futile as the elephants were entering from one estate to another instead of going back to the forest.