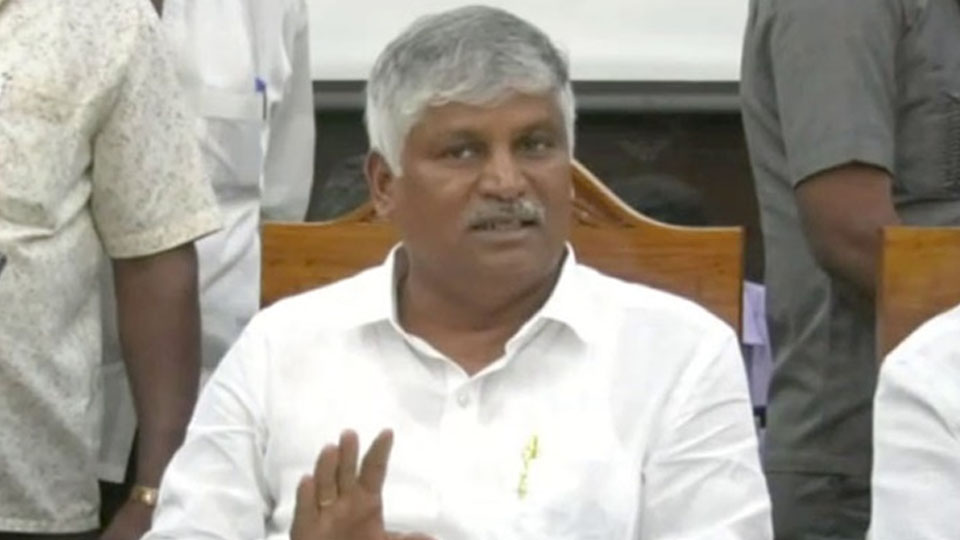 Pointing out that he had extensively toured all eight Assembly segments of the Constituency, he said that Nikhil would get lead in all Assembly segments and he is very much confident of Nikhil’s victory by a huge margin.

Stating that independent candidate Sumalatha Ambarish was an actress and the people would not fall prey to her tantrums, Puttaraju said Sumalatha’s defeat was certain.

Accusing the I-T Department for carrying out selective raids, targeting only JD(S) and Congress leaders, he reiterated that Nikhil would win and if not, he (Puttaraju) will quit politics.

5 COMMENTS ON THIS POST To “Will retire from politics if Nikhil loses: District Minister C.S. Puttaraju”