Home » News » State Govt. targeting all those who supported me: Sumalatha 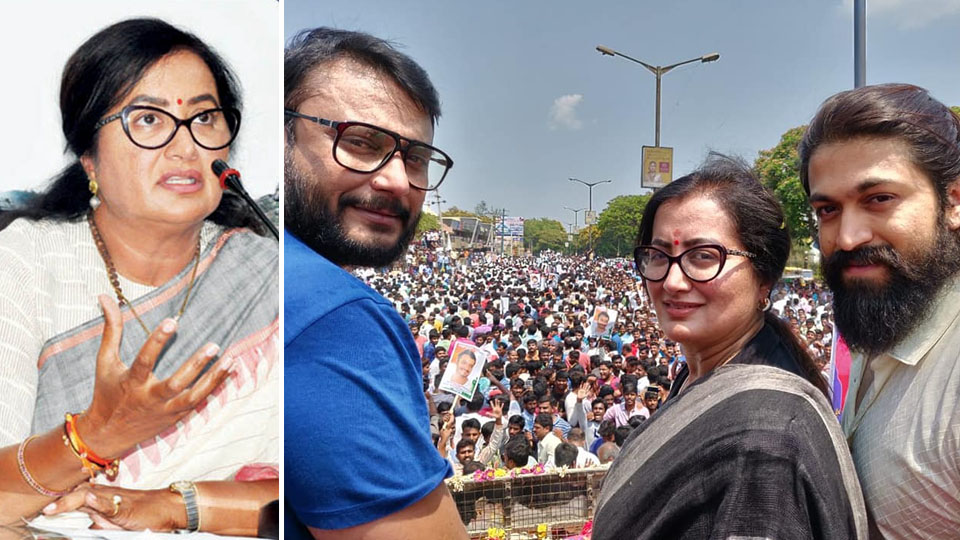 State Govt. targeting all those who supported me: Sumalatha

Mandya: Mandya Lok Sabha Constituency independent candidate Sumalatha Ambarish has accused the State Government of targeting all those who supported her in the polls.

Addressing a press meet here yesterday, Sumalatha lashed out at Chief Minister H.D. Kumaraswamy (HDK) for saying that he will make the actors who supported Sumalatha repent for their action and questioned the CM whether it was a threat or something else.

Expressing happiness over the high turnout in Mandya, she said that women have turned out in large numbers and it was a matter of pride for her.

Thanking the media for giving a balanced coverage, she said that this election has unearthed true colours of some politicians.

Reacting to reports about huge bettings going on in the district, Sumalatha appealed to the people not to go for betting, as betting is always a risk which has destroyed many homes in the past.

Maintaining that she is aware of all the efforts made by the CM and other JD(S) leaders to defeat her, Sumalatha accused  HDK of playing politics over the last rites of her husband-actor Ambarish who passed away in November last.

Reiterating that three days after the polls, her supporters are still being intimidated, she alleged that JD(S) workers are resorting to goondagiri.

Sumalatha said that she would be celebrating Ambarish’s birth anniversary at Mandya on May 29 and details were being  worked out.